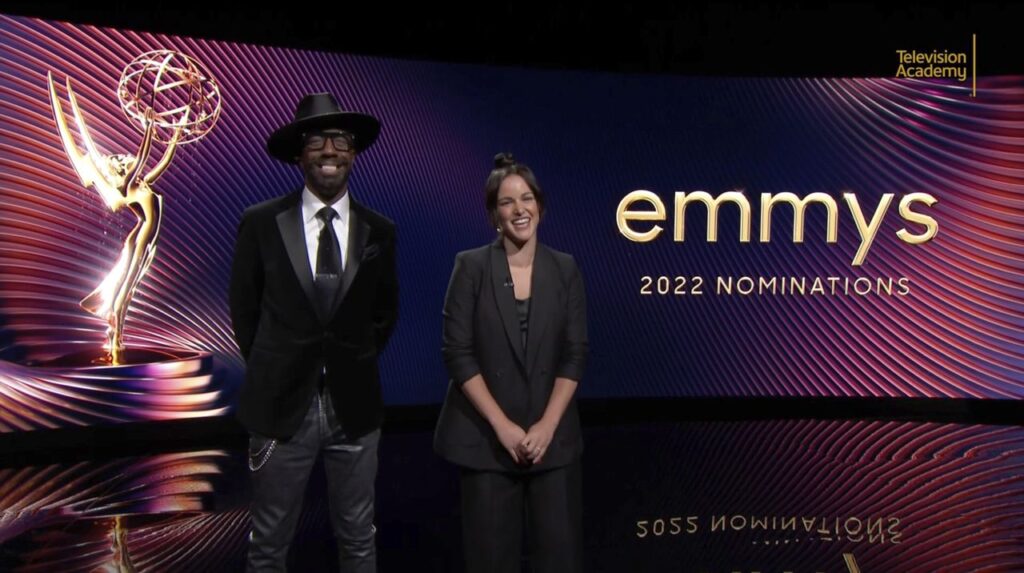 JB Smoove hosted the live virtual ceremony. People know him from his famous American sitcom, ‘Curb your enthusiasm. Along with him, Brooklyn nine-nine actor, Melissa Fumero, also hosted the listing ceremony of Emmys Awards 2022. The CEO of the Television Academy Chairman, Frank Scherma also there at the ceremony.

There are 25 successful Emmy Nominations this year. It seems this is a very remarkable year for women directors. Approximately, half of the directors are women in the scripted directing categories. Women made up 34% of this year’s nominations. It is for Outstanding Writing in all writing categories.

The Netflix sensation Squid Game also got a nomination for Emmy Awards 2022. The series got 45.6 Billion views from all over the world.

However, some of the folks are with numerous honors. This year Emmys 2022 are including them in separate sort of categories. Individuals having numerous nominations this year, in addition to Sweeney, include Jason Bateman (performance and directing for Ozark), and Quinta Brunson (performance and writing for Abbott Elementary).