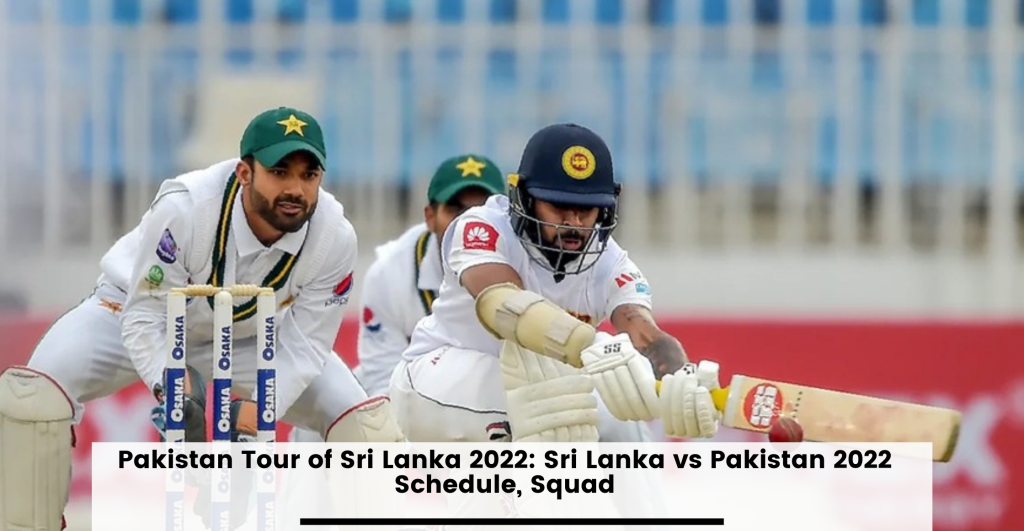 Sri Lanka Cricket (SLC) confirmed the schedule for the next Pakistan visit to Sri Lanka in 2022 on Wednesday, June 22. The teams will play a two-match series in Sri Lanka in 2022, which will be part of the ICC Men’s World Test Championship 2021-2023 cycle. This test series has so much importance for Pakistan in World Test Championship. If Pakistan won this series by 2-0 the chances of Pakistan playing the final of WTC will be still alive.

Sri Lanka is giving tough times to the big teams. With the comeback this team is doing it will not be easy for Pakistan to go for risky wins in both test matches. Sri Lanka has just won ODI Series from Australia and leveled the test series. However, they have lost the T20 series but the whole tour is level by 5-5 against the mighty Australian Cricket Team.

However, Sri Lanka is also on the run to play the final of WTC 2021-2023. Surprisingly, Sri Lanka won the second match against Australia by an innings and 39 runs and this is huge for a team like Sri Lanka who is making a comeback.

The first Test match of the series will be held at the Galle International Cricket Stadium in Galle from July 16 to 20, while the second will be held at the R. Premadasa International Cricket Stadium in Colombo from July 24 to 28. Originally, a three-match ODI series and a two-match Test series were planned for Pakistan’s trip to Sri Lanka in 2022. The One-Day International (ODI) games, however, were canceled in May 2022. Since they were not part of the 2020-2023 ICC Cricket World Cup Super League.

The schedule for this test tour of Pakistan against Sri Lanka is as follows: