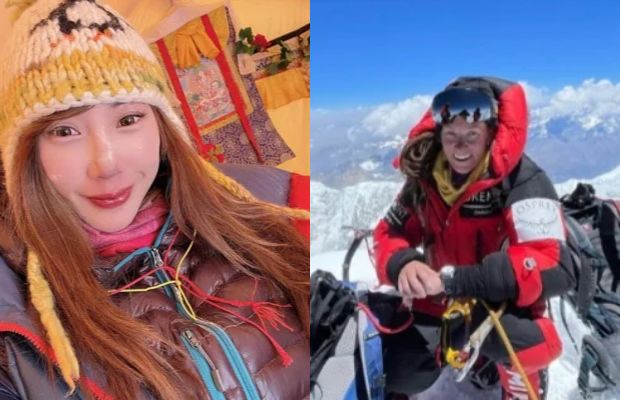 Two female climber from Norway and Taiwan gushed the nation after they climbed the Nanga Parbat successfully. They made a record of doing this task in 12 hours. After killer mountain they aims to ascend all 14 8000er mountains in the world.

Nanga Parbat is the 9th highest peak in the world. Its height is approximately 8162 meters. Its often known as Killer Mountain because a lot of climbers loses their lives here. The mountain steep and covered heave snow that gave absolute no idea about avalanches and deep wells. Hundreds of climbers came every year to ascend this beauty. Recently the Nanga Parbat makes another history in the world.

Two female climbers Kristin Harila of Norway and Grace Tseng of Taiwan ascends the Nanga Parbat in record time. Both were leading two different expedition teams. A Nepali group also joined them in this mission. Kristin Harila is the first woman from Scandinavian country who is successful in this task.

Also See: Highest number of International climbers to arrive since 9/11

Meanwhile, Grace Tseng a 29 years old young climber from Taiwan also summit this Killer mountain. She is the first lady from her native country as well. Currently she is the youngest climber in the world who manages to climb this deadly mountain in shortest time. She also aims to climb all 8000ers in her life. This summit was her 4th summit, after that she is ready to put her flag in other mountains in Pakistan.