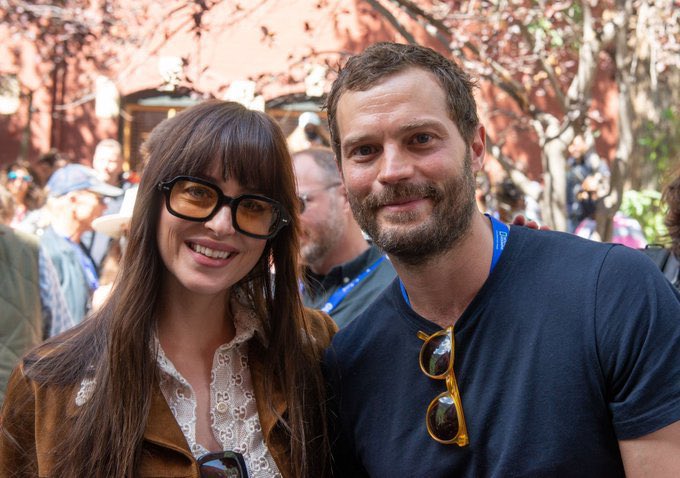 Anastasia of “Fifty shades of grey” called the series “Psychotic and mayhem”. Along with that, she called the co-start Jamie Dornan her brother. This flushes out the rumors of refutes between Dakota Johnson and Jamie.

In a recent interview, Anastasia aka Ana Steele of “Fifty shades of grey” split a lot of beans. She said she did not regret but she signed up for a very different story in the series. Dakota Johnson is a beautiful yet talented actress whose presence in the series was appreciated by the masses. Furthermore, Her expressions, body language, and chemistry with Jamie Dornan were splendid on the big screen. She is always an Ana for all the Christian fans.

In a recent interview, she expresses her feelings about the famous series. She called the whole experience “Psychotic and mayhem all the time”. “I signed up to do a very different version of the film we ended up making,” Johnson said. “[E.L. James] had a lot of creative control, all day, every day, and she just demanded that certain things happen. There were parts of the books that just wouldn’t work in a movie, like the inner monologue, which was at times incredibly cheesy. It wouldn’t work to say out loud. It was always a battle. Always. When I auditioned for that movie, I read a monologue from ‘Persona’ and I was like, ‘Oh, this is going to be really special.’

Recently her fight with Jamie Dornan was all in the news. However, Upon asking that question she rubbishes all the rumors and said “There was never a time when we didn’t get along,” she said. “I know it’s weird, but he’s like a brother to me. I love him so, so, so much. And we were there for each other. We had to trust each other and protect each other.”

She also added that she did not regret doing the Grey series nor does being an Anastasia all these years. These movies worked for her career and now she is experiencing different genres. Moreover, she is doing a comic book movie based on Spiderman and other super heroes. Lets see how audience reacts to her different avatar this time.