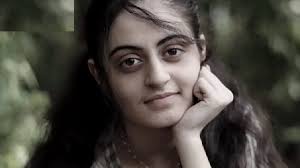 Murad Ali Shah, Chief Minister of Pakistan’s Sindh province, announced on Monday that the fate of Dua Zehra, a teenager allegedly kidnapped from Karachi’s Al Falah area last week. She has been traced in Lahore.

According to specific media reports, the Dua e Zahra found in Lahore. Police in Lahore, however, denied these reports, stating the search was ongoing for the girl.

On April 16, reports state, the teenager vanished from outside her home in the Alfalah area of Shah Faisal Colony.

Dua e Zahra stated in her police statement that she had come to Lahore at her own initiative.

According to police in Lahore, Karachi authorities are informed of the girl’s recovery. Now she has been in protective custody.

The father contested the daughter’s age on the marriage certificate, saying that she would turn 14 on April 27, 2022 instead. In addition, he said he did not know any of the names on the certificate, including the groom named Zaheer Ahmed, thereby casting doubt on the authenticity of the document.

Also See: 17 US missionaries kidnapped by gang members in Haiti

Despite having no family roots in Lahore, Dua’s father does not know how and why his daughter ended up there.

Since the case came to light, the Sindh government has faced criticism. Haleem Adil Sheikh, the opposition leader in the Sindh Assembly, alleged that the police failed to treat the case seriously.

The PTI leader criticized the police for not taking the case seriously, saying they misled the girl’s parents.

Neither the police nor the provincial government could recover the girl, Sheikh said. He alleged that the police involved in the girl’s “character assassination” instead of performing their duty.

The PTI leader also advised Bilawal Bhutto-Zardari to focus on Sindh rather than take foreign trips.