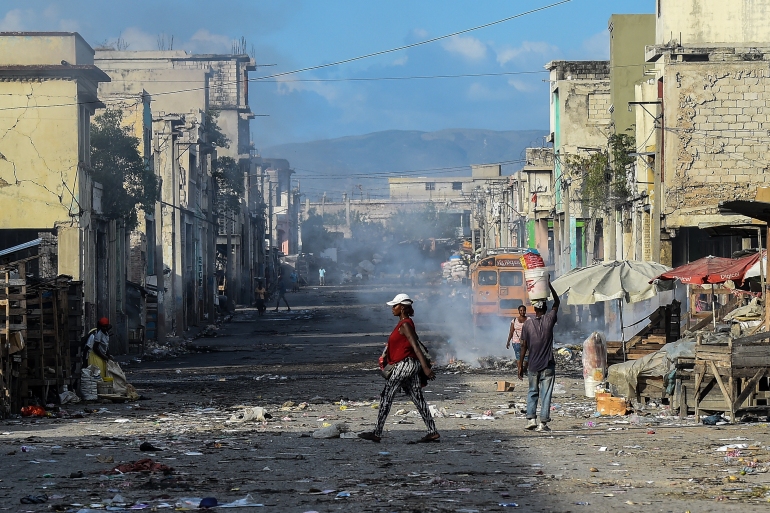 The kidnapping is said to be carried out by a gang named ‘400 Mawozo’. As of now, the 17 missionaries which include women and minors are still held hostage by the gang.

HAITI – On Saturday, around 17 missionaries from the United States and Canada were reported to be kidnapped in the caribbean country of Haiti. An organization named ‘Christian Aid Ministries‘ was the first to break news about this kidnap.

The organization in its statement said, “The group of sixteen US citizens and one Canadian citizen includes five men, seven women, and five children”. “We are seeking God’s direction for a resolution, and authorities are seeking ways to help,” they added.

The US state department and the Haiti security forces are in constant contact. As of now, Haiti’s security forces have connected the kidnapping to local gang members belonging to the ‘400 Mawozo‘ gang.

Details of the Kidnapping

It all started on saturday, when the missionaries were in ‘Titanyen‘ after visiting an orphanage in the ‘Croix des Bouquets‘ area. Travelling in road vehicles, the missionaries fell into the trap of abduction midway.

The abduction soon took the attention because of a WhatsApp message, one of the missionaries sent. An American missionary, right in between the kidnapping managed to sneak out his phone and send a call for help to a WhatsApp group.

“Please pray for us!! We are being held hostage, they kidnapped our driver. Pray pray pray. We don’t know where they are taking us”, said the WhatsApp message.

The missionaries yet to be located and brought back

According to members of the US State department, the exact location of the kidnapped missionaries is currently unknown. However, the State department and Haiti’s forces are working hard to find the correct location and release the hostages.

With no exact location and identification of the criminals, the case is just at its start. “The welfare and safety of US citizens abroad is one of the highest priorities of the Department of State. We are aware of these reports and have nothing additional to offer at this time”, said a spokesperson from US state department.