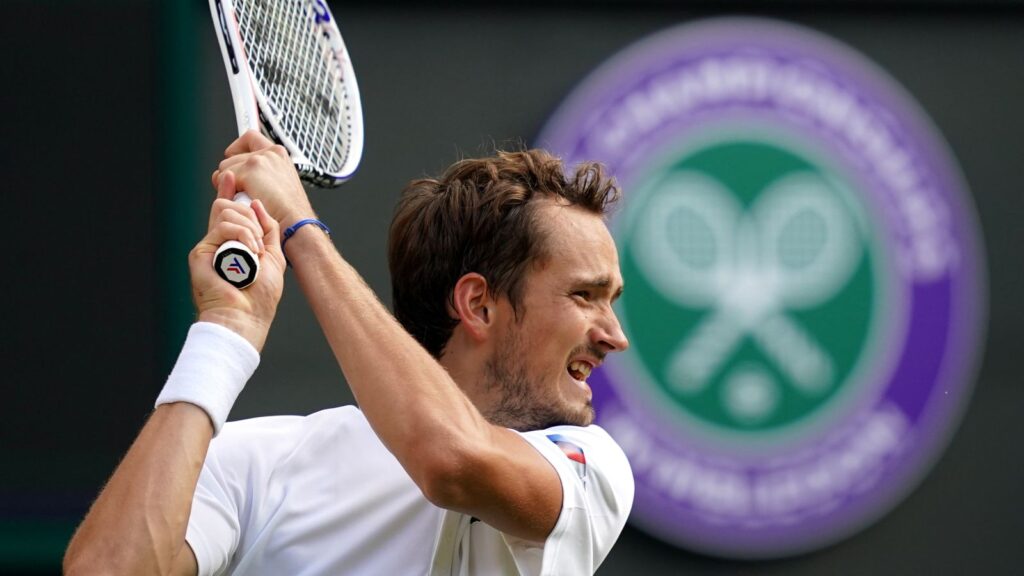 Men’s tennis world number two Daniil Medvedev is set to be banned from the current year’s Wimbledon Grand Slam competition. The Times announced coordinators are to boycott Russian and Belarus players because of Russia’s attack on Ukraine.

Russia is one of the strong competitors in the sports of Tennis. Daniil Medvedev is the top player from the side of Russia who plays alone in the Men’s Tournament. Whereas, Wimbledon Tennis women’s singles semi-finalist of Belarus is Aryna Sabalenka. However, Both the players agreed that they would not make any statement regarding political or war Issues.

The organizers of the Wimbledon Tennis Championship thought that this will send a negative effect on the families of other players. The BBC reported that confirmation of the decision is yet to come.

Novak Djokovic world number 1 tennis player also disagreed with the decision. His stand was that sports should not come in between political issues. He totally called out this decision ‘crazy’ which came from the organizers of the Wimbledon Tennis Championship.

“I will always condemn war, I will never support war being myself a child of war, I know how much emotional trauma it leaves. However, I cannot support the decision of Wimbledon, I think it is crazy. The players, the tennis players, the athletes have nothing to do with it (war). When politics interferes with sport, the result is not good.”

Novak Djokovic said in a talk with Association of Tennis Professionals.

Reactions to the Ban of Russian and Belarus Players

Aryna Sabalenka and Daniil Medvedev are one of the top players from Russia in every Tennis tournament. They feel so bad that even after their statements that they will not say any anything regarding War, Wimbledon still ban them. However, it’s never been easy for them to get ruled out of the tournament like this.

“Once again they simply turn athletes into hostages to political prejudice, political intrigues,” Kremlin spokesman Dmitry Peskov told reporters. “This is unacceptable, taking into account that Russia is a very strong tennis country, our athletes are at the top of world rankings, the competition itself will suffer from their removal,” he added.

On the other hand, Ukranian Players Elina Svitolina, Marta Kostuk and Segiy Stakhovsky said, “We demand to exclude and ban Russian and Belarusian athletes from competing in any international event, as Wimbledon has already done.”