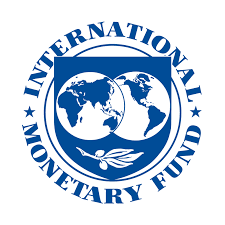 IMF says that in Pakistan the economy has rebounded on the back of waning COVID-19 infections and expansionary fiscal and monetary policies. An improvement in the external position has been hindered by strong import growth, fueled by macroeconomic policy mix, commodity price increases, and credit growth. Rupee depreciation is marked, and inflation remains persistently high. The current account deficit has increased.

Once again, Pakistan stands at a crossroads according to IMF statisitcs. Pakistan was on the brink of a severe currency and fiscal crisis. But the EFF program was able to stabilize the economy, rebalancing the macroeconomic policy mix, and preventing a disorderly adjustment.

During the first nine months of the program, COVID-19 was not a debilitating shock for Pakistan; it strengthened its buffers. There is, however, a long history of Pakistan’s stop-and-go economic policies and its failure to implement structural reforms.

As a result, high vulnerability and low investment have affected growth and development. Which has adverse effects on population, including high poverty incidex, weak development indicators, and limited progress.

This despite significant efforts to bring the EFF program back on track earlier this year (leading to a combined review of the second-five years of the EFF in march 2021). The authorities shifted to expansionary macroeconomic policies and reversed some reforms earlier in the year.

The economic activity started to rebound

FY As of 2021, real GDP growth increased to 3.9 percent, largely due to strong growth in manufacturing and wholesale and trade, the lifting of lockdowns due to contained COVID-19 infections, and the government’s COVID-19 stimulus package.

Despite the delayed implementation of energy tariff adjustments, reduced petroleum development levy (PDL) to offset rising international oil prices, and a relatively stable exchange rate, inflation averaged 8.9 percent down from 10.4 percent in FY 2020. With record remittances, the current account deficit declined to 0.6 percent of GDP, the smallest deficit in 10 years.

As During the first months of FY 2022, external imbalances rapidly increased as a result of robust domestic demand and terms of trade shock. In the first quarter of FY 2022, the current account widened by an annualized 4.2 percent of GDP.

The infection rate in Pakistan has generally remained lower than in peer countries. Daily cases have been below 1,000 for nearly a month, and the positivity rate is 1.5 percent.

As of early December, More than 124 million doses of vaccine had been administered, covering 38 percent of the population with at least one shot and 24 percent fully vaccinated.

These resources, combined with the additional resources provided by the recent SDR allocation. By the end of December, they will have fully covered more than 78 million people.

Because of the structure of the economy (with a large informal economy and agricultural sector), persistent damage to supply capacity (or scarring) is unlikely.

Overall program performance has been uneven. The program performed unevenly overall.  And there have been gaps in the implementation of the fiscal and structural reform agenda amid challenging circumstances, including the COVID-19 pandemic and spillovers from Afghanistan. But also a waning rate of progress.

While the economy is recovering. There are still risks, such as GDP growth, projected at 4% – average CPI inflation risks for 2022 are about 9.4%. But they are expected to slow down to 6.5% in the medium term.