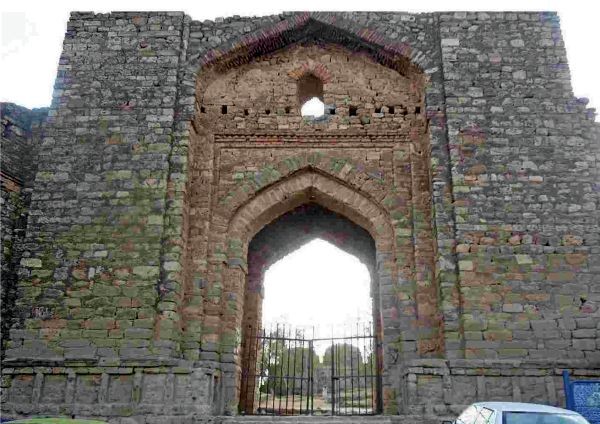 Rawat Fort was build in 16th century by the ruler of the Gakkar Tribe, Sultan Sarang Khan Gakkar. The Gakkars were the rulers of the Pothohar Plateau, and were known for their tall, fortified cities. Now a days only Relics of the Fort are left behind.

They were also allies of the Mughal King Humayun and sworn enemies of Afghan King Sher Shah Suri, who set up Rohtas Fort nearby to prevent them from crossing into his territory. Relics of Historical Rawat Fort are still there in Rawat but negligence of goverment are ruining them drastically.

Forgotten Relic of the Fort

In 1546 AD, a fierce battle took place between Sultan Sarang and Sher Shah Suri close to the Fort grounds, during which the latter defeated and executed the former. Sultan Shah Sarang and his 16 sons were died defending their home from Suri’s invasion. There graves are still present there Inside the building.

The fort is located 18km east of the city of Rawalpindi near the pothohar plateau on the Grand Trunk Road, close to the capital of Pakistan.

The name ‘Rawat’ come from the Arabic word ‘rebaat’, meaning ’sarai’ in Urdu. In Akbarnama, Mughal Emperor Akbar acknowledges Rawat, but not much else is said. It was a simple rest stop along the G.T Road during the early Mughal Era.

There are two main gates of the fort that open to the east and the west. The fort is quadrangular in shape and its wall long walls are line by small rooms throughout. At the center of the fort there are two mausoleum. It also contains a three-doom shaped mosque and remnants of two tall towers in the northern and southern corners that enhances the beauty of the intricate fort.

The fort undergoes renovation many times so, its original shape has been modified in years. Mankalia stupa which is few kilometers from here can be seen from the top of the huge drum-shaped dome of the Tomb.

For the conservation of the fort, Talk began in 2017 under the Department of Archaeology and Museums. The first phase includes installing security cameras and clearing the place of encroachments in order to prevent the theft of bricks from the compound. Recently in 2020-2021budget, the Government of Pakistan allocated about Rs. 5.6 million for the Fort’s preservation and restoration.