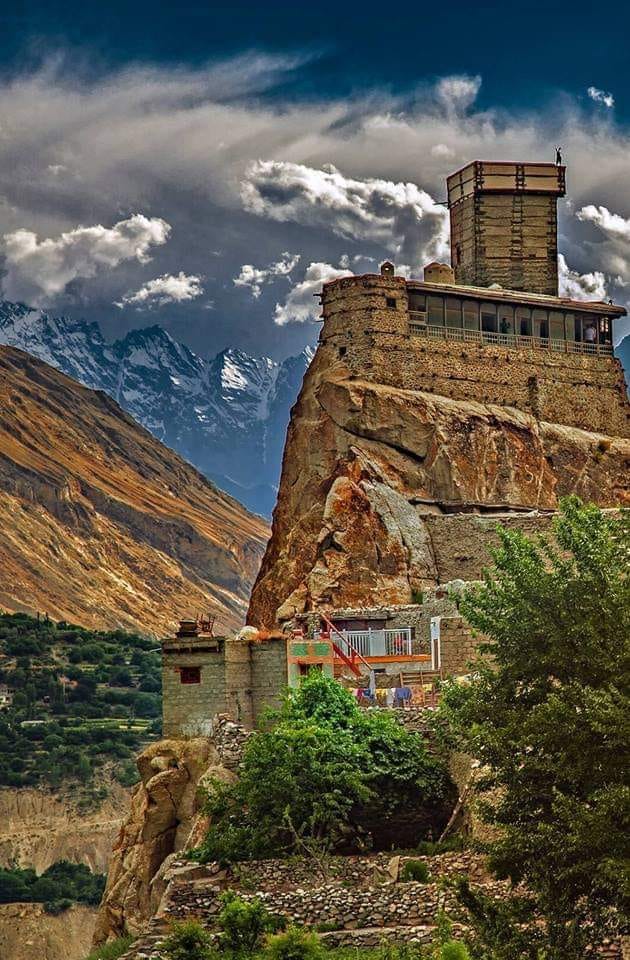 Altit Fort a robust building facing natural as well as human destructions. While Baltit fort a calm, peaceful minaret of cultural diversity in the palms of Hunza.

Undoubtedly Altit Fort is an architectural genius monument. It is the oldest building in the valley. Royal family use to live here, commonly known as Mir. Altit means “This Side Down” because it overshadows whole town by its presence. After 3 centuries residents moves in rather a big fort called Baltit Fort. Altit Baltit fort Hunza are the must visit places in this valley.

In 2011 UNESCO Declared this fort as Cultural Heritage Conservation. Most beautiful part of this fort is its scenic beauty and snow covered peaks. The most prominent religions in this region are Islam and Ismailism. In 15th century Islam flourishes here but in 1830 Ismailism took its place. Fort has few memoirs of last Ismaili ruler as well.

Fort is well equip with many facilities. A 24 hour mineral water supply of water from nearby glacier UltarSar Glacier. As you enter into fort, you can hear musicians playing folk music they call as Nizamkhani Dani. This special tune is name after the kind ruler Mir Nizam Khan in 20th century. Infrastructure of fort is tough and rugged that it has seen earthquakes, wars, sieges and still stand tall like a hawk.

The best Part of fort is Shikari tower, “hunter’s tower” which is at the top of fort. You can witness most appealing view of valley as well as the alluring peaks of Rakaposhi, Lady finger. Ultar and Shishpar. Fort is open for tourist since 2007. Goernment of Norway and  Aga Khan Trust for Culture Historic Cities Support Programme take care of fort and its refurbishments.

Another beautiful 700 years old stature in Hunza is Baltit Fort. You can find it in Karimabad. Mirs use to live until 1945. After that they shifted in a fort downhill the town. Both forts has unique way of construction which is still a question imagining technology and man power of that time. Baltit fort offers you a lush and peaceful aura of all the time. It is now a museum and famous tourist point to generate revenue and rich cultural aspects.

Baltit fort has a very rich historical importance. It remains mostly in controversies regarding power and ruling. The infrastructure of fort resembles Tibetan or Ladakh mode of construction. it maybe a twin of Patola Palace in Lhasa. Every ruler renovates it according to their taste so you may witness multi color cultures in it. Agha Khan IV took an initiative to return back the glory of fort in 1990. In 1996 he opened fort for general public. It is now serves as a museum heritage for the tourists.

Both altit and baltit fort are the main attractions of Hunza, Gilgit Baltistan. It shows the cultural diversity, beautiful history and unique mode of construction to public. If restored efficiently it can provide edge to local small businesses as well.