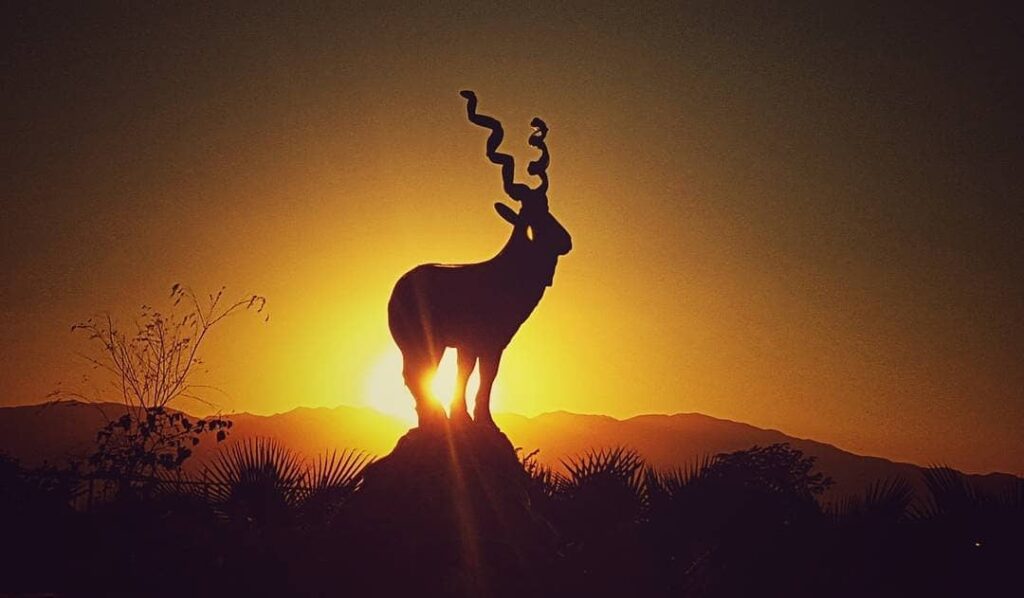 The name “Markhor” is a combination of two Persian and Pashto words. “Mar” means snake and “khor” means eater. It is also known as the screw-horned goat or called ‘Shakhawat’. It is a species of large, wild goat of Bovidae family. There are also five subspecies exist.

Endangered Magestic Markhor locally found throughout the mountains from Kashmir and Turkistan to Afghanistan.Due to uncontrolled hunt by people, there number are greatly reduced. They have hairy skin and stands about 95–102 cm (37–40 inches) at the shoulder and length about 132cm 16cm (52in – 73in). In summer, its coat is reddish brown and long, gray, and silky in winter. The male has a heavy fringe throughout its throat and chest.

All subspecies are consider as critically endangered.

Also See: Giant Pandas: “Not Endangered” but “Vulnerable” to extinction

They are incredible in there characteristics. They can jump over cliffs of mountains and even climb over oak trees for their feed.

Unfortunately, they are under the threat of extinction mainly in Pakistan due to excessive hunting. Threats include habitat loss, overhunting for meat and trophies, increasing competition from domestic goats and sheep, and disease outbreaks from the intense contact with livestock.

The subspecies flare-horned markhor (C. f. falconeri) is found in Gilgit-Baltistan Province of Pakistan, is under great threat of being extinct. There populations dramatically decline by half between 1970 and 2000 within a 30-year period.

Role of the Gilgit-Baltistan WD in Conservation

Following are the measures to maintain healthy populations of wildlife species and management, the department focuses on scientific approaches.