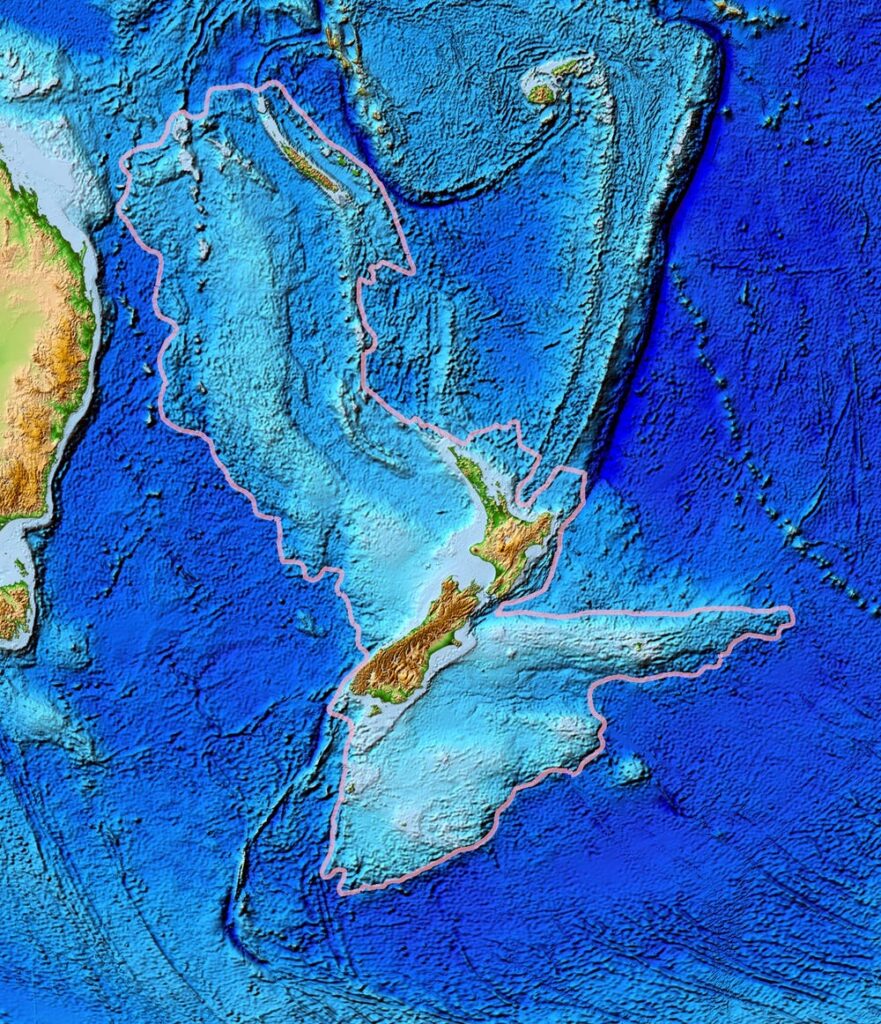 Scientists are positive that they have found 8th hidden continent of the world name Zealandia. It was underwater for more than 1 billion years. It may be a sign of geographical and environmental changes coming to the world.

Since the world witnessed its first human, the curiosity about earth began. Geologists believes that earth has changes a lot since its start. But for millions of years there were only 7 continents on the face of world. But in 1995 a strange underwater body discovered, which was mysterious enough to mankind. Reason was its unique crust and rock formation. For a longer period of time geologists believes that its a part of temporary land that submerged into continent. But recent findings made it eligible to called a full fledge Continent. They named it Zealandia. It is South of New Zealand and 96 percent of continent is still underwater. also known as Te Riu-a-Māui in Maori.

Also See: A new island emerged on the coast of Baluchistan

It was first observed in 1995 when a geologist was researching on zircons found in New Zealand. A strange rock found on the coast of Southern beach and that unveils the huge body resides under the water. It is a vast continent of 1.89 million sq miles (4.9 million sq km) and is around six times the size of Madagascar. New continent is half as size as Australia. It is almost 1.3 billion years old, much older than many geologists anticipated. About 3,500 feet under the south Pacific ocean that makes 2 km.

Things that declares it a continent

Earth consists of three types of formation, Continental crust, core and crust. Crust is the outermost layer of the earth where life exists. It was an idea that Zealandia exists on the core because it is on very thin formation, moreover been into under water it is fragile in nature. But recently a big rock came on the surface of the sea. By studying the nature and formation of the rock. It consists on hard rocks like basalt and others. This quality qualifies as a continent.

Also See: Exactly 375 years later an Eighth Continent has been brought to light

As geologists says “there is no hard and fast rule to declare a continent”. They studies its thickness, rocks, sediments, etc. Zealandia is pretty thin in nature, moreover it is also a thought that it might drown again or resurface after some years. Andy Tulloch, a geologist at the New Zealand Crown Research Institute GNS Science, who was part of the team that discovered Zealandia, said: “This is an example of how something very obvious can take a while to uncover.”

According to the report, geologists find the eighth continent still very intriguing it’s still not clear how Zealandia managed to stay together when it’s so thin and not disintegrate into tiny micro-continents. It also could aid in the study of how geologic forces reshape landmasses over time. Maybe after few years a big visible earth is gone and a whole new islands or lands are resurfacing from the sea. With the speed of changes occurring to the world it does not seem impossible though.