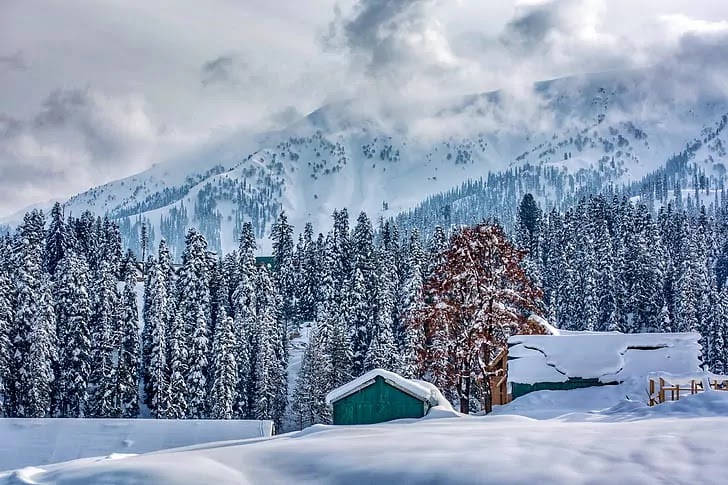 Heavy traffic during Murree snowfall is making people wait on roads rather than enjoy the snow.

The time for long coats and 3 layered clothes has started in Murree. The beautiful snowfall have already started to block the roads. These roads are blocked by tourist coming in to experience the beautiful weather from different parts of Pakistan.

Currently the temperature of Murree is -1 degree Celsius. The cold winds are further lowering the temperature thus are attracting more tourist to come towards the hill station.

The Deputy Commissioner Rawalpindi is advising people to who are planning to go to Malka-e-Kohsar to be in touch with advisors or else they will be suffering heavy traffic jams. The town can only bear 4000 vehicles but right now it holding up to 50,000 vehicles thus explaining the traffic jams.

DC Muhammad Ali Randhawa has circulated a helpline number for people visiting Muree. The number is 051-9269019 and one can get traffic and weather updates by calling at this number.

Its strictly instructed that everyone must keep low air pressure in tires of the vehicle. Stopping in between without serious reasons is not acceptable.

As a result of overly crowded people rooms in hotels, dine in at restaurants, visit to beautiful destinations, parking spots and nearly everything is being difficult .

Also See: Gorakh Hill: The only place where it snows in Sindh

The rise in fog or smog will be visible in Punjab by night or tomorrow morning. Murree’s traffic advisory is instructing people to follow traffic rules, drive in lines, avoid double parking, don’t overspeed moreover telling them to keep low air pressure in tires.

National Highways & Motorways Police (NHMP) also tweeted that everyone must stay safe as heavy snowfall is being carried on.

Also See: The arrival of Omicron has cancelled up to 2000 flights