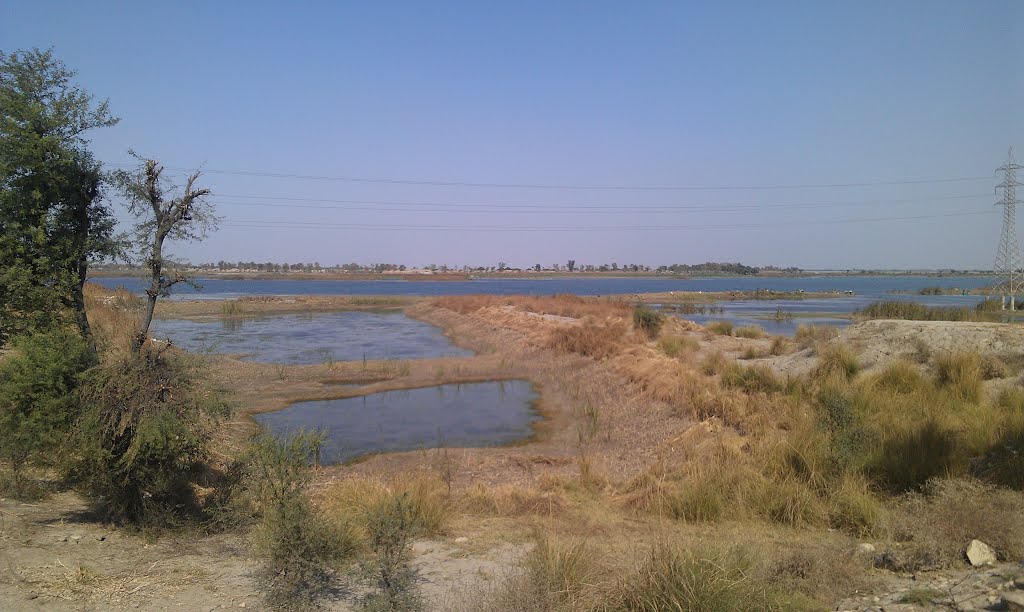 Government of Pakistan is very keen in promoting tourism in country. They are taking each steps to lure foreign tourists in country. Indus river is one of the longest and fertile river in the country. It helps irrigation of thousands acres of land. On the same belt a beautiful and appealing lake is present. Due to its bowl shape and deep water body, known as Pyala Lake. You can find this lake near Dera Ghazi Khan belt of Indus River near Ghazi Ghat. Pyala Lake near Ghazi Ghat is also known as Ghazi Ghat Seasonal Lake as it becomes a water reservior only seasonaly during the monsoon season.

Pyala Lake is one of the hidden Beauty of Pakistan. It is almost 200 kanal in width and 80 feet deep from the surface. The most amazing part of lake is, the water turns blue in winters whereas it turns green in summers. Water is clean and transparent so the colors looks ethereal by naked eyes. It also has a waterfall near it. That waterfall makes the entire lake more appealing.

On 20th December 2021, Punjab Government announced the immediate rebuilding of “Pyala Lake”. It will preserve nature as it brought back the migrating birds that increases the fertility of land. Scenic beauty of area is enough to attract tourists. Right now Fort Munro is the only sight seeing in the area. It is really difficult and dangerous to reach at the lake.

The development project includes a boating area, walking track, gazebo, and some other facilities around Piyala Lake, according to Deputy Manager TDCP Shiekh Ejaz. The added facilities and activities would attract tourists from many other areas as well. Shiekh Ejaz also claimed that the lake is a popular spot for migratory birds.

Usman Buzdar, the Punjab Chief Minister, dispatched a special team of tourism experts, archaeologists, and Tourism Development Corporation of Punjab (TDCP) officials to conduct a survey and prepare a feasibility report for developing the lake as the best recreational site for locals.