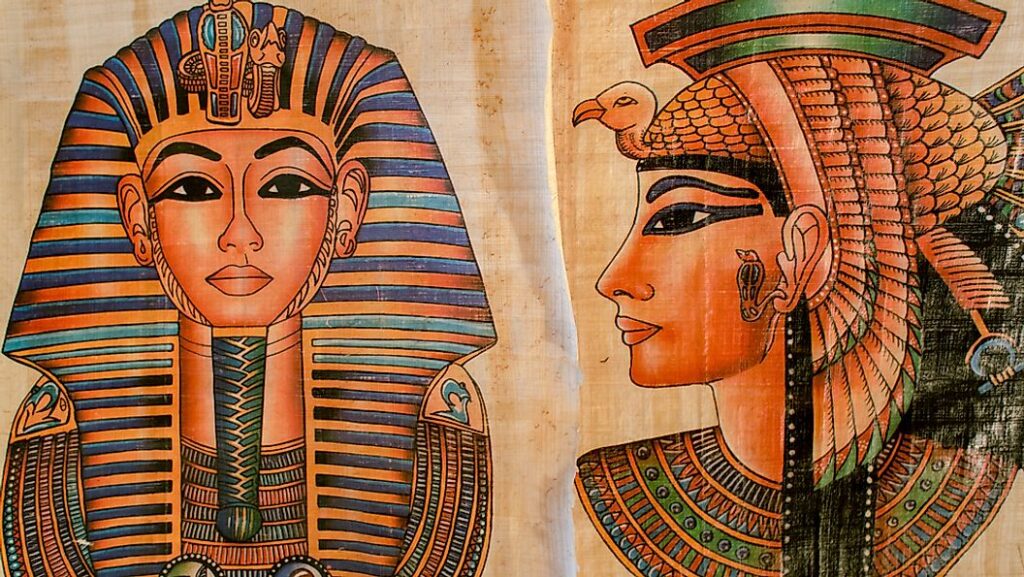 Cleopatra was a goddess, a queen, and a skilled diplomat and negotiator. She was a great politician who knew how to show off her and her country’s power and influence.

Cleopatra whose full name was Cleopatra VII Philopator, born in 69 or 68 BC. She belongs to the Macedonian Dynasty, her family rules Egypt for 300 years. Her father Ptolemy I Soter get Egypt after the rein of Alexander the great in 332 BC. Cleopatra also known as The Father Loving Goddess. Cleopatra often refers more on beauty scale but she was much above than that. She knows 7 languages including Greek and Egyptian. She has a vast knowledge of Mathematics, philosophy, oratory and astronomy, and Egyptian sources later described her as a ruler “who elevated the ranks of scholars and enjoyed their company. Queen knows the secrets of kingdom as her father taught her everything.

When her father died in 51 BC, she became a co regent of the kingdom along with his brother plus husband Ptolemy XIII. Her brother was 10 years old at that time and she was 18. After his death she married to her another brother Ptolemy XIV and bore his son caesarean.

In the attacks of Julius, who was a invader from Rome. Ptolemy XIII died and Cleopatra VII Philopator made alliance with Ptolemy XIV. She met Julius for peace contract but eventually they fall in love. After the mysterious death of Ptolemy XIV, she starts living with Julius and bore his son named Cesearean or Little Ceaser. Though she never admitted it publicly. After some time she married to Julius and starts living in Rome. Now Rome and Egypt both controlled by queen and her kingdom is stronger than before.

With Julius Caesar’s murder, Rome again fell into civil war, which was temporarily resolved in 43 B.C. with the formation of the second triumvirate, made up of Octavian, Caesar’s great-nephew and chosen heir; Mark Antony, a powerful general; and Lepidus, a Roman statesman. Antony took up the administration of the eastern provinces of the Roman Empire, and he summoned Cleopatra to Tarsus, in Asia Minor, to answer charges that she had aided his enemies.

In that meeting they both fall in love. She married to him and bore 3 kids from him. Her dressing, jewelry and esthetics followed by women allover Rome. After the active rebellion of Octavian later known as Augustus. Mark and Cleopatra had to hide for their lives.

In the vicious rebellion Antony got the news of Cleopatra’s death. He took his life for the sake of love. When queen heard the news of Mark’s death she could not stand it. Death of cleopatra is quite controversial. Some says she allowed a asp, a viper or Egyptian cobra to bite her. But some historians says she swallowed some poison that resides in one of her necklace. She burried Mark’s body in her great tomb. After her death, they both mummified in the great pyramid of Cleopatra in Egypt.

Movies on life of Cleopatra

From Shakespeare stems a wealth of Cleopatra-themed art plays, poetry, paintings, and operas. In the 20th century Cleopatra’s story was preserved and further developed through film. Many actresses, including Theda Bara (1917), Claudette Colbert (1934), and Elizabeth Tylor (1963), have played the queen, typically in expensive, exotic films that concentrate on the queen’s love life rather than her politics.