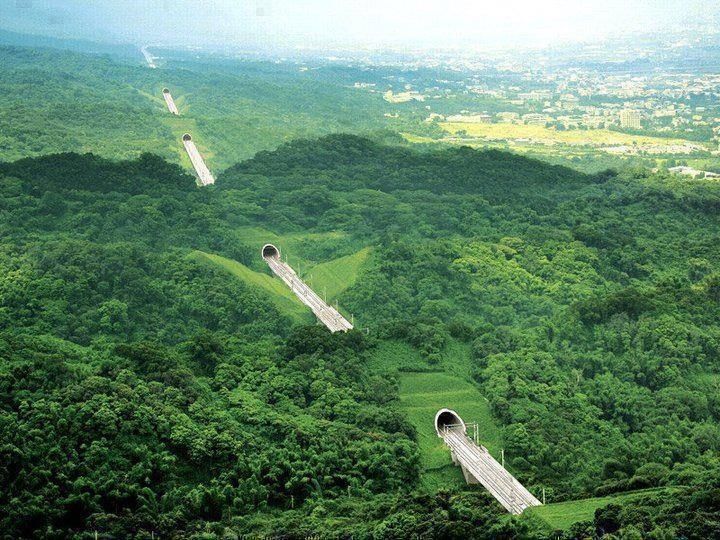 Hsuehshan Tunnel, the fifth longest and well crafted tunnel in Asia. It is another example of how civil engineering helps people as well as preserves nature.

Yilan is the most exotic place in Taiwan country. People visits the town in their vacations and leisure time. It has beautiful scenic beauty, appealing beaches, restaurants, etc. It took 30 minutes drive from main Taipei to Yilan Country. But when flow of traffic increases due to any holiday or event. Estimated time can be 1 hour to 2 hours as well. To tackle this situation, Government of Taiwan built this amazing tunnel in the Northeast side of Yilan. That saves around 50 to 120 minutes of traffic and rush. The Hsuehshan Tunnel  or “Snow Mountain” tunnel, is the longest tunnel in Taiwan, located on the Taipei-Yilan Freeway.

Hsueshan Tunnel is the 5th longest tunnel in Asia, whereas stands 9th worldwide. It is around 9.42 m (8.042 mi or 42,460 ft) long. It well built by proper water management and lighting resources. By the view of tunnel, it surely a miracle shown by civil engineering. It preserves nature whereas it provides people fastest mode of traveling.

While excavating the tunnel, engineers encountered difficult geological problems like fractured rock and massive inflows of water, which caused severe delays. One of the three TBM on the westbound tunne buried by a ground collapse. In order to speed up the tunnel boring, an additional working interface in Interchange Station No. 2 (under Ventilation Shaft No. 2) built. Along the tunnel alignment, there are six major faults, ninety-eight fracture zones, and thirty six high-pressure groundwater sources. Hence, serious tunnel collapses with groundwater flooding took place periodically during tunnel construction. Altogether, 25 lives lost during 15 years of construction. 13 Chinese and 12 Thai workers in the line of duty. In 15 years tunnel collapses for around 93 times.

When tunnel inaugurated, Speed limit was 80 km/hour. But due to traffic and frequent use of this passage, speed limit has to decrease to 70 km per hour. In recent times it reaches to 60 km/hour but now government is thinking to increase it again to 70.

Another amazing thing in this tunnel is 2 FM Radio Channels. Mostly cell phones lost its service inside the tunnel. But to help people in the heavy traffic, Government launched 2 radio channels to entertain people. It helps people to not get panic, frustrated and they remain focused on the road. More than 30,000 cars a day expected to use the tunnel. So authorities keeps it updated and maintained.