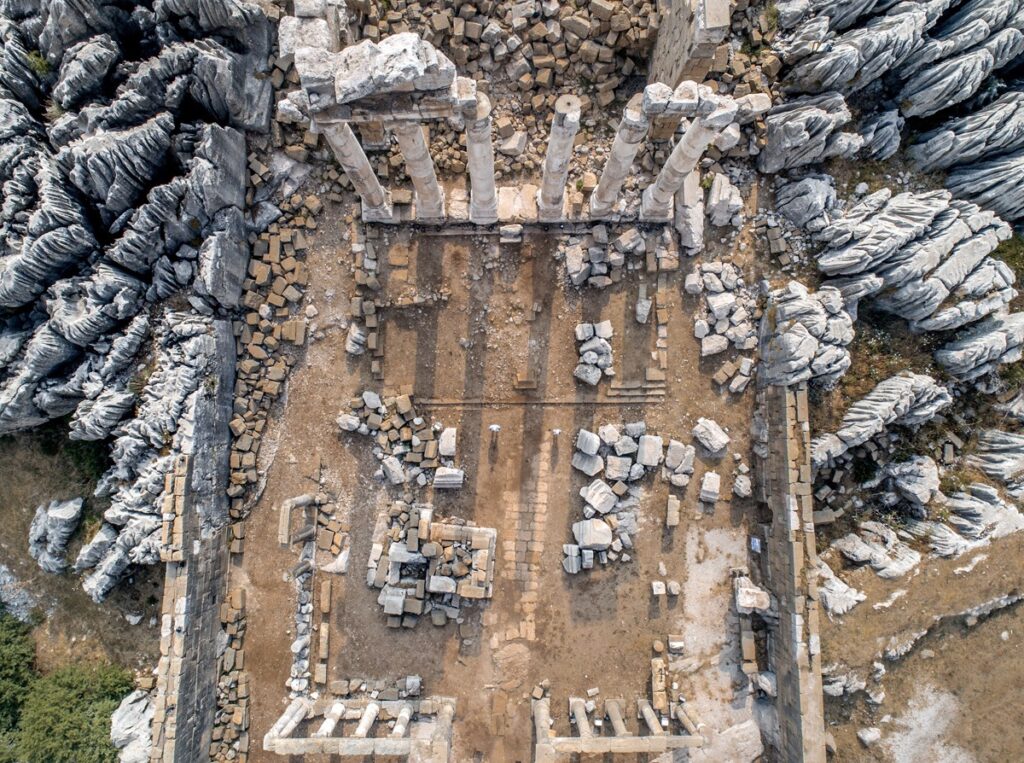 Temple of Adonis turns into ruins due to civil war and time. Once a symbol of power in Lebanon now disguises the rich and colorful history of the country.

FARQA, LEBANON – Around a drive of an hour from Beirut, you can find ruins of a building formally known as Temple of Adonis. It is situated at the altitude of 1500 meters from sea level. It is said that temple was built in 3rd century AD or CE 43-44.

Temple was originally built by Romans and it was the symbol of safety at that time. They believed that Romans used Faqra as a signal post to communicate via fire signals over the Lebanese mountains from the coast to Baalbek or Heliopolis. Nobody knows the exact time of its construction and purpose.

Its façade has six Corinthian columns and the sanctuary partially built into the rocks. It was destroyed during the civil war (1975-1990) and some of its stones were stolen. Right now it is just a pile of rocks that are laying around mercilessly.

It is also noticeable that the whole temple is built with grey rocks. Romans carved heavy stones to make this sanctuary at that time. Along with temple of Adonis, the site includes ruins of a temple for the Goddess Atargatis, a Byzantine church and four altars including the tower of Claudius.

Adonis, a god worshipped initially by Phoenicians, was later adopted by Greeks as well. According to Greek Mythology Adonis was a of Cyprus king Cinyras and Goddess name Myrrha. After his birth king built an extra affection for this kid. Due to this king’s other son Ares got jealous from his brother. So he sent a wild boar to kill him. Adonis bled to death on the foot of falls of Afqa.

After the injustice death of an innocent. Greek Gods grant him to live one day each year since. Every spring when water flows from the lake of Adonis. A stream of red water is very clear for some time. According to legends, it is fresh blood of Adonis that flows in the lake.

After that Adonis supposed to be the Demigod of Beauty and Desire. This temple belongs to him and his alluring life story. Temple destroyed in 4th century in a local feud. It was again build so many years later. It serves as a checkpoint of enemies and signals. Later in a civil war Temple of Adonis completely destroyed and ruins left to recall its history.

Now the area is under Shia Muslims rule. They are trying to rebuild this historic point. Tourist’s very interested to witness this unique temple on the mountain. But this is a vast project and very difficult to rebuild. If it gets renovated, it surely get a handsome revenue for the country.