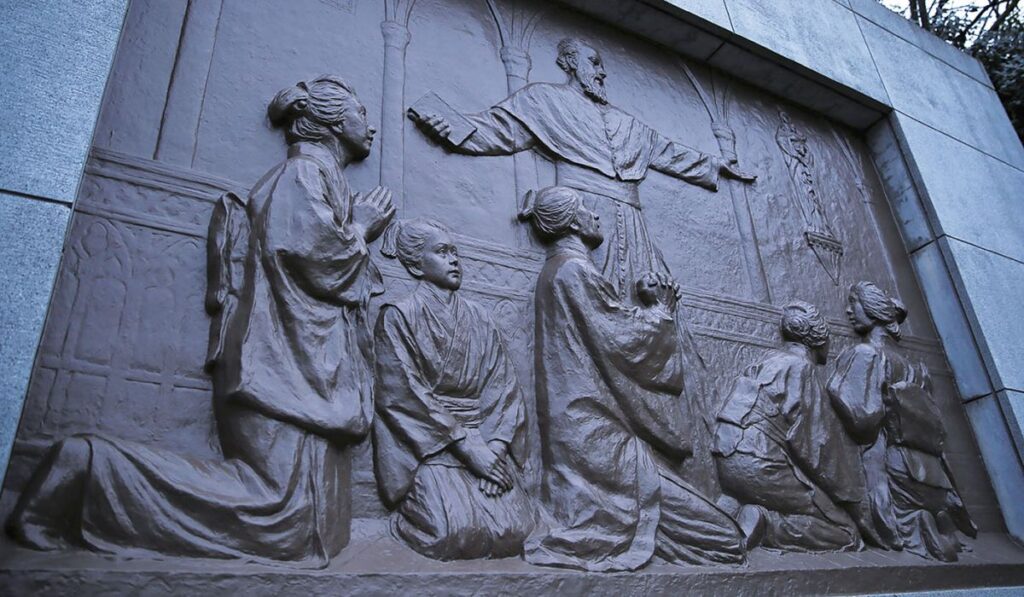 Kakure Kirishitan, also known as Hidden Christians of Japan are slowly fading away. After decades of ban and persecution new generation is not ready to carry old traditions.

IKITSUKI ISLAND, NAGSAKI – World is full of eerie surprises. One of them is Kakure Kirishitan or ”Secret Society of Catholic Christians” in Japan. They came into being when Christians were forced to leave their religion or leave the country in 17th Century.

Japanese Christians exiled to remote islands, tortured, martyred, or forced to commit fumie (a practice of stepping on a cross or image of Jesus or the Virgin Mary to prove one was not Christian).

40,000 Christians and 26 Priests were executed in the time span of 4.5 centuries. Initially after the persecution, a lot of Christians converted or left the country. But a large group made a secret cult and name themselves Kakure Kirishitan. In Portuguese, Kakure means ”Hidden” and kirishitans means ”Christians”.

This religion is a mix of Christianity, Buddhism, Shintoism and Folk religion. It has its own rituals and prayers. Surprisingly they kept themselves secret for good two centuries.

After the end of Military government in 19th century, small riots started for lifting up the ban. Meiji Government lifted the ban in 1873 and people gained religious independence. After sometime, 20,000 people left their disguises and openly start following Christianity.

Some people converted to Catholic mode of conduct while a lot preferred to remain Kakure. Their perspective was this religion gave them light in hard times. They will not leave this and their generations will carry their legacy.

History of Christianity in Japan

Christianity came in Japan in 1549 by priests and saints. People in japan welcomed them wholeheartedly. But due to political and religious interference, it got banned in 17th century. 300,000 people were forced to convert or die. Moreover people converted and Christianity became a little lost in country. After lifting of the ban It was very difficult to sustain Christianity in Japan. Their churches and prayer rooms were destroyed and deteriorated. Kakure Kirishitan gave Christianity a new life in Japan. But they are going towards extinction with time.

Now 1 percent of Japanese population follows Christianity. Maximum are traditionally catholic followers. New generation is not interested in the religion and belief systems. Moreover the ancestors are not able to teach them values because of old age.

This is alarming for Kakure society. Shigeo Nakazono, curator at a museum on Ikitsuki Island, said there were probably about 300 believers in four groups there, down from 2,000 in 20 groups three decades ago. In the recent service at the church, there were only 50 devotes which are half as they were in last decade. If number sustains, soon it will be only stories of such amazing rich history that remains.

In 1962 a museum opened in memory of 26 missionaries and Japanese lay believers who were crucified in Nagasaki in 1597. In 2017, Japan’s era of ‘hidden’ Christianity dramatized in the film “Silence”, which nominated for several Academy Awards in the United States.