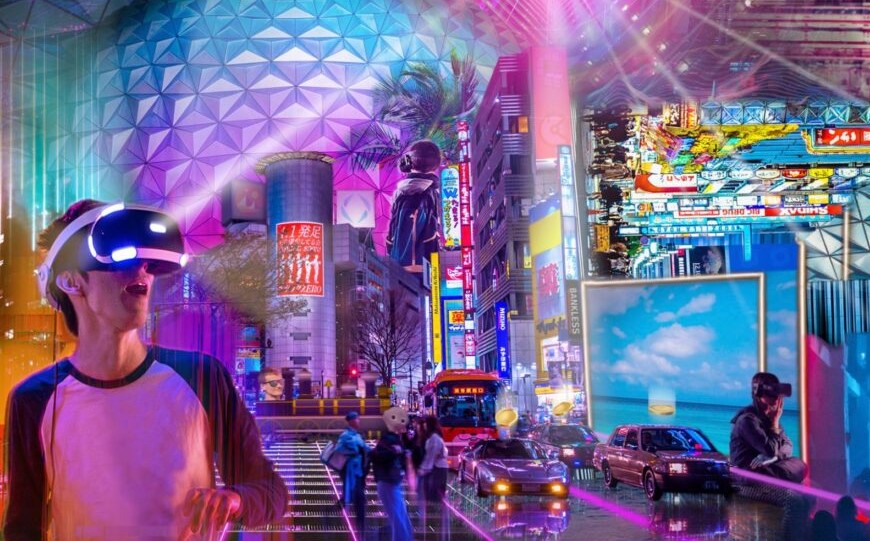 Built on the basic mission of connecting people like Facebook, Metaverse involves a lot of complexity. Using AR technology the Metaverse project is an aim to create a virtual world.

If you are an avid social media user, you might have come across the term ‘Meta’ or ‘Metaverse’ on Facebook, Instagram or simply on Whatsapp. If you are someone that’s not into Technology, you surely had a problem understanding what ‘Metaverse’ is and how it works. Well, we got you because written below is a simplified explanation of ‘Metaverse’ and its working.

This concept of a metaverse was first introduced back in 1992 by Author ‘Neal Stephenson’. Stephenson in his novel ‘Snow Crash’ wrote about a world where lifelike avatars met in realistic 3D and Virtual Reality environment. While this was only a concept that we saw in movies, it is soon going to be real.

What is Metaverse and how will it change our lives ?

The Metaverse borrows ‘verse’ in its name from ‘Universe’. Adding ‘Meta’ behind it gives an understanding that the Metaverse is another universe and in this case a ‘virtual universe’. A universe, people will be able to enter virtually and do the same things they do in this universe.

Metaverse is basically a bunch of technological elements such as Virtual Reality (VR), Augmented Reality (AR) and Video mixed together to create a digital universe. People with access to metaverse would be able to spend their virtual life in this digital universe via social platforms such as Facebook.

People in this digital universe would be able to do things such as working, playing, hanging out with friends and almost everything they do in real life. This means that people in the metaverse would have a life different from the one they have in this universe.

This concept of having a different virtual life apart from the one we already live, life would surely change. People would soon start spending a big portion of their day in the virtual world since it will be more exciting than the one outside metaverse. With the digital world would come digital economy and digital assets which will surely revolutionize the economy.

According to Matthew Ball a managing partner ‘Epyllion Industries’, “Right now, we are on the cusp of the next internet”. This statement shows that while these are only possibilities and theories about metaverse and its effects, they might actually become true in the future.