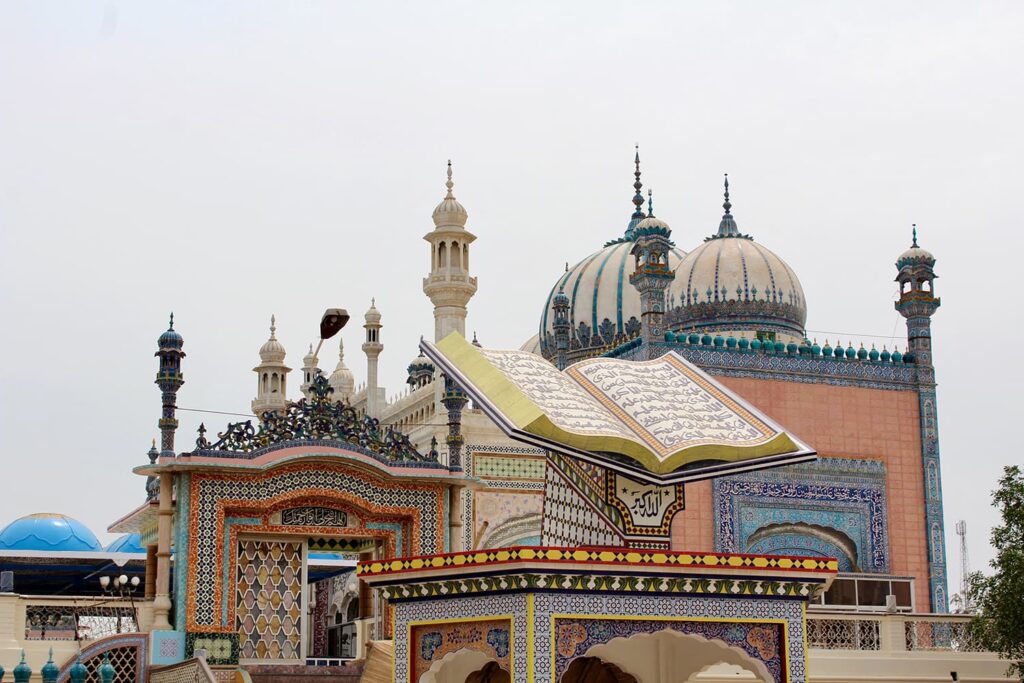 Gesture of love and passion results in Bhong Mosque. But with the weird legends and amazing stories, it gets interesting and appealing to tourists all over the world.

One example of love and passion is Bhong Mosque, Rahim Yar Khan. Bhong is a small village around 50 kilometers from main city Rahim Yar khan. A devotee name Late Rais Ghazi Mohammad who was the biggest landlord in the area. He started this project in 1932 with the aim to built one of the exquisite mosque in the history. He wants to build a establishment including a mosque, a madrassa and small rooms for students. It was his wish to dedicate this mosque to his love towards Islam and its teachings.

He gathered artisans from both India and Pakistan. Master masons and craftsmen from Rajasthan because they were famous at that time, calligraphers and painters from Karachi. The designers took inspiration from all the world. This mosque has the unique crafts ship of Iran, Spain and Turkey, whereas it shows the color coordination of Saraiki touch. It also uses the designs of Mughal as well as modern 20th century taste with it. Materials and crafts used range from the traditional (teak, ivory, marble, colored glass, onyx, glazed tile work, fresco, mirror work, gilded tracery, ceramic, calligraphic work and inlay) to the modern and synthetic (marbleized industrial tile, artificial stone facing, terrazzo, colored cement tile and wrought iron).

In short this mosque is one of a kind mosque in the entire country. Qur’an on the top of the mosque depicts the nature of mosque in entire vicinity. Completed in 1982, a period of almost 50 years. But if you look at the details and perfection of artisans, they decorated each inch of mosque with love and care. They poured their soul into this mosque. And because of this dedication, Bhong Mosque won the Aga Khan Award for Architecture in 1986.

Legends and delay in its construction

With all the great things minor problems came. A legend about the mosque also tell some. In initial days a lot of masons dies under mysterious circumstances. At one point constructions halted because of continuous deaths. Moreover a myth getting spread that whoever will help in construction, person or any of his family member will die. If you look at the building closely, small details are still missing. Because of these myths and Badluck.

Mosque maybe completed long time ago but due to stories and rumors, it gets delayed. Still artists and masons are working in the mosque and trying to complete it. But despite of all rumors, mosque witnessed devotes 5 times a day. Kids came to learn teachings of Islam as well as it shows a great welcoming gesture to tourists. Late Rais Ghazi has fulfilled his wish and now his marvelous venture is serving its duty in full glory.