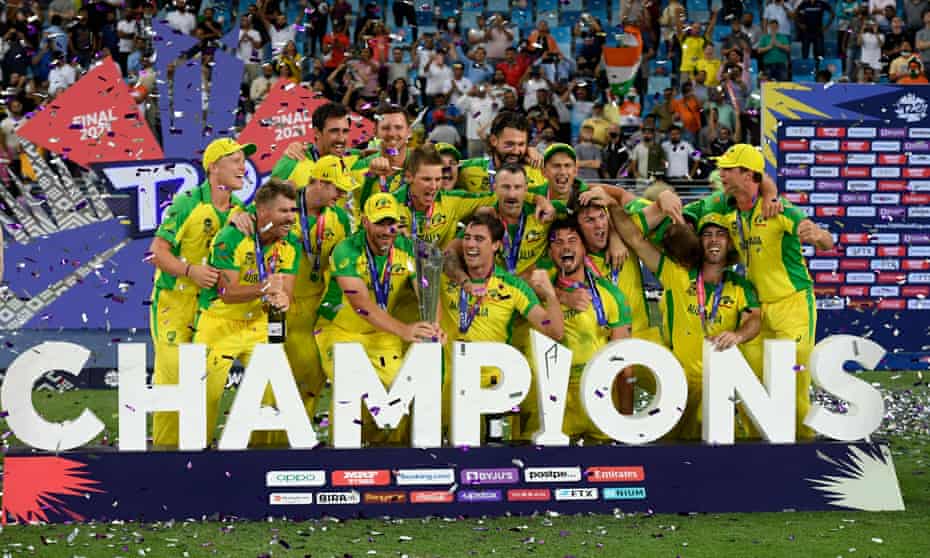 After 5 weeks and 44 matches, came the ever awaited final match of the T20 Cricket World Cup. With excellent performances from both sides, this final between Australia and New Zealand was surely a nail-biting one

Nov, 14 was the final day for the exciting T20 World cup that started 5 weeks ago. Fans from all over the world gathered to see finalist New Zealand and Australia compete against each other. Both Australia and New Zealand performed outstanding in the finals and made the match worth watching. Considering the performances both the teams have delivered in the WTC 20, they both deserved to win. The title however was for one and it went to Australia who outshined New Zealand.

Captain Kane Williamson and Batsman Martin Guptill did the opening. Guptill after making 28 on 35 balls, was sent off by Zampa. Glenn Phillips then entered the game. One player that surely deserves an appreciation was Kain Williamson who managed to make 85 runs on 48 balls before being caught out in the 18th over.

Glenn Phillips made 18 runs in 17 balls and his wicket was taken by Mitchell Marsh. James Neesham played the last over with Seifert by his side and the both of them made a few quick runs. New Zealand in the end gave a total target of 173, which was not an easy one to chase.

Opening for Australia was Captain Aaron Finch who unfortunately went off at only 5 runs. The captain being sent off early surely did put up a lot of pressure on Australia. However standing on the field was David Warner who became a big reason behind Australia’s victory as he managed to make 53 runs on 38 ball.

Standing with Warner was Mitchell Marsh, who further carried Australia to the win. Marsh gave an outstanding performance of 77 runs on 50 balls, Glenn Maxwell who came after Warner also performed well and managed to form 28 runs on 18 balls.

With all this effort and hardwork Australia finally managed to gain it’s title of official winner’s of T20 world cup 2021, and with this win the T20 world cup came to an end. A well deserved win it was for the Australian team, who since the start of the tournament was giving a tough time to almost all its opponents. Team Australia is no stranger to World Cup trophies, this however was the first time they won a world T20.