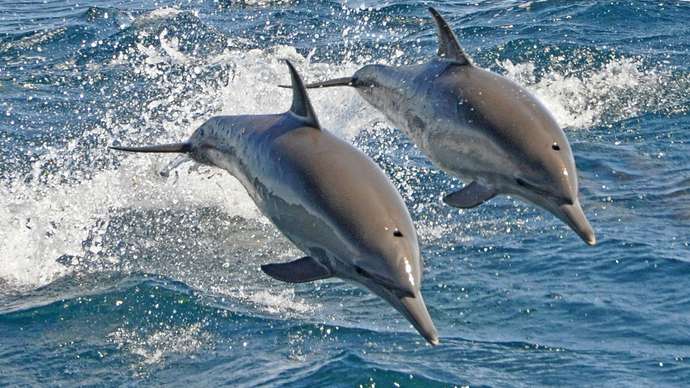 The lower part of River Indus is home to the beautiful and rare specie of Dolphins. The population of these Indus blind dolphins however is decreasing drastically.

Moving towards the lower part of the massive river Indus, you’d notice in the waters, one of the most rarest animals in the world ‘The Indus Blind Dolphin’. This beautiful breed of Dolphins, is only found in Pakistan and is considered the second most endangered freshwater river dolphin.

indus Dolphins are also known as ‘Blind Dolphins’. This is because these dolphins have been surviving in muddy waters for millions of years now and evolution has caused them to lose their sight. The dolphins now use SONAR and echolocation to find their way and hunt.

Another point that adds to the uniqueness of these dolphins swim sideways, and are also the first discovered side-swimming cetacean. The Indus river dolphins due to its uniqueness and rarity are termed as the national mammal of Pakistan.

The Dolphins first started to decline after the construction of the irrigation system in Pakistan. Barrages and canals divided the entire population into different isolated parts which further led to the endangering of the specie. The specie however in recent years have been heavily protected by animal organizations such as WWF.

WWF efforts for the Dolphins included rescuing dolphins from shallow waters and nets, releasing them into deep waters and other countless efforts. Consistent efforts has resulted in population to increase once again in 2017. No population is around 2000 of these species were recorded. This result was surely a ray of hope that previously was at the verge of extinction.