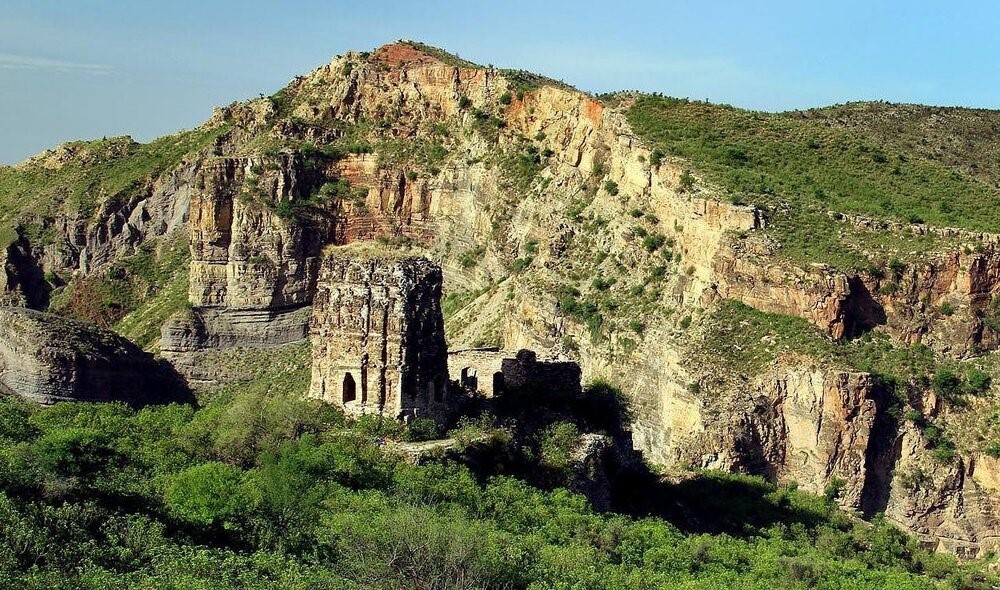 Nandana Fort is a 1500-year-old fort at the summit of the mountain in the Jhelum District, surrounded by stunning landscapes. The next tourist attraction you should visit is the Nandana Fort.

The word Nandana means ‘Lord Vishnu’s garden’ in Sanskrit. The ancient Nandana Fort standing tall on the lush green plateau of pothohar .Nandana Fort is strategically located on a hill top near the village of Baghanwala, District Jhelum, which is on the eastern flank of the salt range.

It was built in the 8th century by the Hindu Shahi Dynasty. Is named after the mythological garden of the Hindu God, Lord Indra. It is accessible from both the Motorway and G.T. the fort was built for the surveillance of the Nandana pass and as a deterrent for invaders.

The Nandana Fort remained a stronghold of the Hindu Shahi Dynasty until it was captured in 10013 A.D. by Mehmood of Ghaznavi. Abu Rayhan Al- Biruni, the Legendary Muslim scientist came with Mahmood. Al-Biruni stayed and calculated the circumference of Earth.

The Nandana pass was an ancient stone road that connected India with Afghanistan and central Asia. Purpose of building this fort was to prevent the route that joins India with Afghanistan and Central Asia. Nandana Pass was the route that Alexander and his army used to fight against the famous Hindu King, Raja Porus. Later, Mongols and Mughals ruled this area.

This area remained the hunting ground of the Mughal Emperors Akbar and Jahangir. Moreover, both of the emperors have stated this region in their travelogues too.

A New Attraction for Tourists

As is well known, Pakistan’s Prime Minister Imran Khan has a clear vision for the country’s tourist industry. In this regard, he established a history route at the Al-Biruni site in Nandana Fort, Jhelum. This project, according to Imran Khan, will enhance tourism and create job possibilities for people.

Also Read: History of the Al-Biruni Lab and Calculation of Radius of Earth

While speaking the ceremony, Khan said,

“Unfortunately, we did not develop and preserve our archaeological sites. We have to protect these sites for our coming generations and the world to attract tourists from across the globe as tourism is a big source of employment and earning revenue”.

Imran Khan’s objective is to promote Pakistan’s secret tourism attractions to the rest of the globe.

According to the National Tourism Strategy 2030, the government is emphasizing venues that not only show history and heritage but also help local communities and the country’s economy.

In addition, the Nandana Fort tourism attraction will welcome international visitors to the region. Furthermore, the government intends to develop a mega package for the site that would include travel and lodging options.