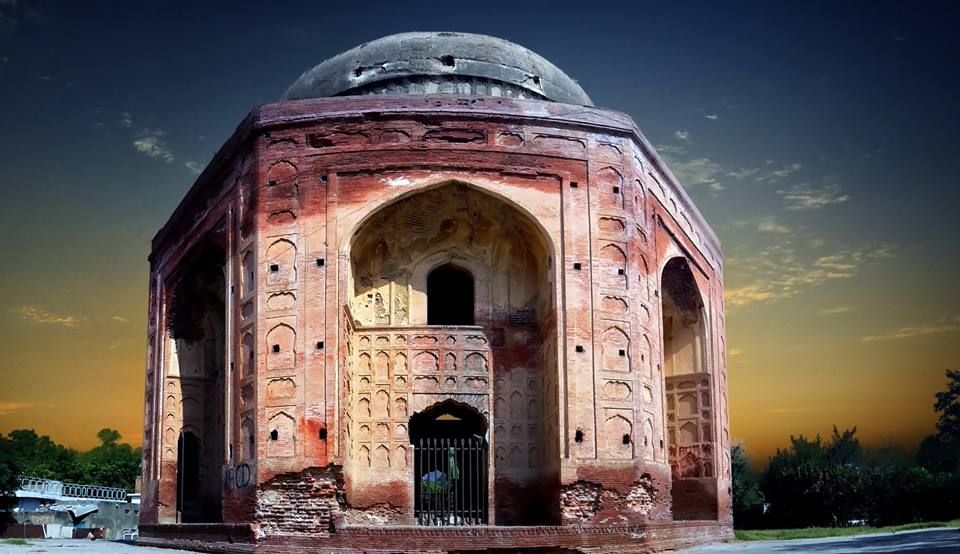 Mughal architecture for one of their trust worthy member, facing the fall of its beauty just likes Mughal dynasty. Tomb of Ali Mardan Khan holds a beautiful pages in the book of history and friendship.

Ali Mardan Khan was the most reliable and honorable cabinet member of Shah Jahan in 17th century. He was born in Kurdish family and was on a very prominent position in Qandhar. He serves as governor in the Persia’s Safavid Dynasty, becoming the truthful companion of Shah Abbas. In 1629 Shah died and his grandson Shah Safi (Sam Shah) took over the kingdom. His first priority was to eliminate all the loyal associates. Ali mardan offers Qandhar to Mughal Empire for survival reasons in 1637. Shah jahan accepted the offer because mughals use to rule Qandhar in the reign of Jahangir as well.

Ali mardan was an intellectual engineer; he helped shah jahan to make Lahore and Delhi dream cities. He was the governor of Kashmir, Lahore and Kabul respectively. His insights used to build canals in Lahore and especially in Shalamar Bagh. He also helps in digging a canal in Delhi that run in between red fort and the old city. With the passage of time he became so close to Shah Jahan and he gives them number of titles in which Amir al-Umara (Lord of Lords) is most famous.

In 1957 he died while going back to Kashmir, on his demise Shah jahan devastated and heartbroken. When his body brought back to Lahore, he made special arrangements to bury him with all protocol in the tomb Ali build for his mother. Graves are in the basement of tomb which consists of Ali Mardan, his mother and one loyal maid of his mother. People treat the place as a shrine because he was the man of his words and he helps helpless people as he could.

Seasons of Glory tomb has witnessed in the most excruciating way

Tomb is octagonal which means it has 8 corners. Its construction has a lot of mughal touch because the use of expensive marble and karikashi distinguished. It may reminds you of Hiran Minar Sheikhupura , another adoring story by mughals. After the fall of mughal empire , it attacked by Sikhs and they looted all the expensive marble from the tomb for their own good.in the era of Raja Ranjeet Singh he made this tomb as his personal residence. He built a separate building for his own use which is really colorful and bright. Use of yellow and red color in that establishment shows the taste of Raja.

After partition it came under control of government of Pakistan, it was the most neglected heritage building right in the middle of busiest city of Lahore. Now it is under railway authorities and them kind of taking care of it. They made a 1000 feet walkway to avoid rush and hustle around tomb but it may hinder public to react there. If you are interested to see the crypt, it situated behind the fruit market at Shalimar Road near Gulabi Chowki in Mughalpura Lahore.