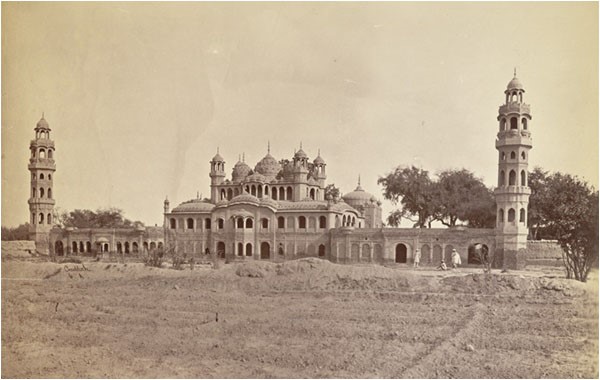 Sardar Khan Mosque is one of the ancient master piece of the Muslim World in Lahore. Hazrat Abdullah Shah Baloch started to build this mosque in his era but died in 1798s

Lahore, the capital of Punjab province, is considered the cultural center of Pakistan. Sardar Khan Mosque is 225 years old mosque. Hazrat Abdullah Shah Baloch started to build this mosque in his era but died in 1798s. Abdullah Shah Baloch flourished at the time of three Sikh rulers of Lahore and a well-known Sufi poet of the Punjabi Language. He is revered as saint by the people of the area.

The former asked the lower part of mosque is buried. Now only the central part of the masjid exists. Many rooms were appeared by digging out. It is renovated recently in early 1990s.

Location of the Mosque: https://goo.gl/maps/1yRtD44V12nLByTu7

Features of the Sardar Jahan Mosque are exceptional which gives such this architectural stuff that doesn’t seen in any of the mosque of Lahore.

Front doors of mosque are made up of glorified glasswares. On the way to inner door, there are Bathrooms on left side and a living room on right side. There is a courtyard of white marble on the inner door. The white marbled courtyard consists of wash basin and shoe racks.

The original construction included a magnificent 3-storey central prayer chamber surrounded by a multitude of domes embellished with petal-like ornamentation. The surrounding boundary wall was intersected with lofty towers at the corners. Sardar Khan had intended to build four of these lofty towers but only two of these had been painted yet that he died. Though incomplete, the mosque was still an imposing edifice in its time and its lofty minarets could be seen from a considerable distance. Boundary wall and the two corners towers were later demolished leaving only the central prayer chamber which has now been painted white.