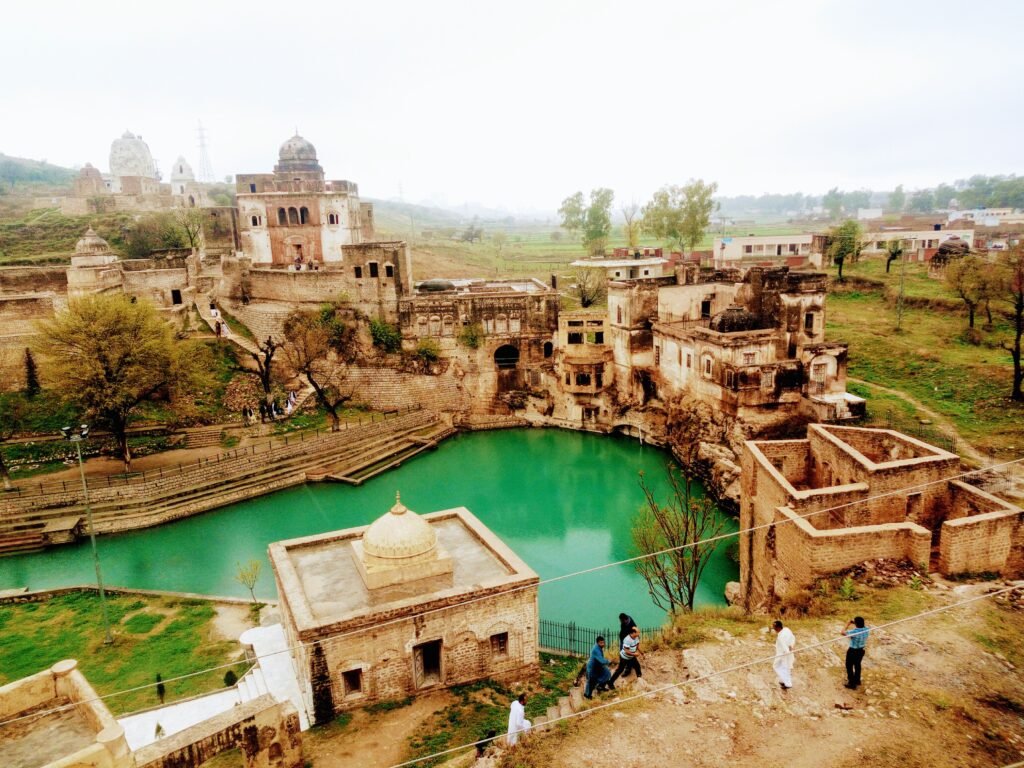 Katas means ”Crying Eyes”. They say that Shiva cried in grief when his consort died and He formed a lake with Shiv tears. The lake is called ”Amrit kund (Holy water)”.

Where are the Katas Raj Temples?

Shiva is a Hindu deity and his worshippers are called Shaivaities .Shiva Mandir consists the Shivling on which devotees offer milk and coconuts. The temple consists Shiva, Parvati and lord Genesha. This temple is considered the Second holiest in Hinduism, because the Shivling here is historic and it is considered to be 2500 to 5000 years old.

The exotic Ram temple has seven rooms as Ram was the 7th incarnation of Vishnu. There are five stories and on the rooftop have a snake temple. All the buildings and rooftops consist stones and limestones in their structure. Every room has a place for the idols.

Also See: Karbala: A Battle that brings a lifelong grief for Muslims

In 1800’s a General of Raj, Ranjit Singh came here and he built it for himself. It has two big halls inside. The general is Hari Singh Nalva, who is the namesake for Haripur city. The Government of Punjab is making it a museum as well.

Sat means ”Seven” and Ghara means ”Together”. A battle took place between Kauravya and Pandu in Mahabharata. When Kauravya lost everything in gambling, he spent 14 years here and made 7 temples, 4 of which are still in their shape.