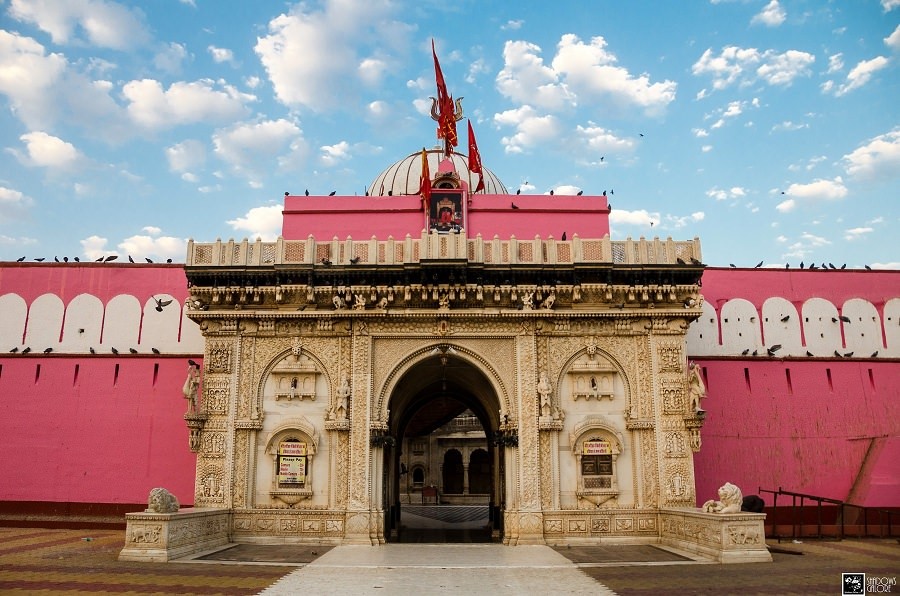 Karni Mata temple or temple of rats, one of a unique temple resides in Bikaner India. Legends depicts that rats are auspicious for people and city. A must visit place in world to experience virality in human nature.

Bikaner, Rajhistan India: 30 kilometers from main city you can visit one of the unique temple in the world Karni Mata Temple. Karni Mata was a worrier whose real name was Ridhubai. She was a special kid from childhood. She was six years old, she healed the deadliest disease of her relative. After that her name Karni implied. She married to Dipoji Charan, a wealthy man in town. She wants to lie a life of saints. Sayings are she is the reincarnated form of Durga Maa. She lived a life of 150 years and she was as young and beautiful till end. Also known as Shri Karniji Maharaj.

Legends says that one of his son was trying to drink water from the pond. He slipped and died in it. A devastated mother prayed to God of Death Yama. He refused but later changed his mind. He reincarnated his son in the form of Rat. Also adds that all the male members and clan of family will reincarnated in rats. Then this huge as well as historic temple came into being. Karni Mata temple established in 1400s and still considered auspicious for local as well as Hindu true Devotees.

Another legend about temple

One of a local folk story tells another aspect. It tells that a massive 20.000 people army attacked the city. Karni Mata defends her city furiously and successfully. All the men either killed or abducted. They plead for mercy to Goddess. Karni Mata forgive them but for their sin, she turns them into rats. She granted a temple to them. And now those rats are residents of temple. Rats in the temple considered sacred because they are the avatar of Goddess Karni.

Karni Mata Temple and its beauty

Karni Mata temple built in 20th century by Maharaja Ganga Singh. The architecture is a blend of Mughal and Rajput style of construction. Main door is ornate with marble and beautiful carvings of rats and flowers. A small room where a statue of Karni Mata placed. Temple is full of holes so rats can roam around easily. It forbidden to kill any rat inside the temple. If you kill any rat accidentally, You have to donate one in pure Gold or Silver. There are around 25000 rats in the temple.

Most of the rats are Black. While visit if they bite or sniff or run over your feet, it considered lucky. If you witness any albino (white) rat, which are 4 to 5 in total 25000. It says that your wishes will come true as white ones considered sons of Karni Mata.

Do’s and Don’ts of Temple

Best time to visit temple is March-April and September-October. This is time when grand fair held in temple. In summer floor is too hot to visit. Temple opens at 4am and closes at 10pm. People gathers as sun sets and pray their wishes. In night long ques rested and it is hard to breath. It advised to come in early in order to face any difficulty. Thousands of devotees gather around for their goddess. They feed rats with milk, sugar and bread.

You cannot wear shoes inside the temple. So carry some socks or barefoot visits the temple. There is food crumbs, grains and pee all over the floor so you have to be very careful. You watch out for any rat as it is horrendous act to kill one. Rats here called Kababs or Little Children. It is lucky if they eat some of your food. A 600 years old temple is telling us a glorifying story of history or is it a made up kids tale. visit the temple and decide for yourself.