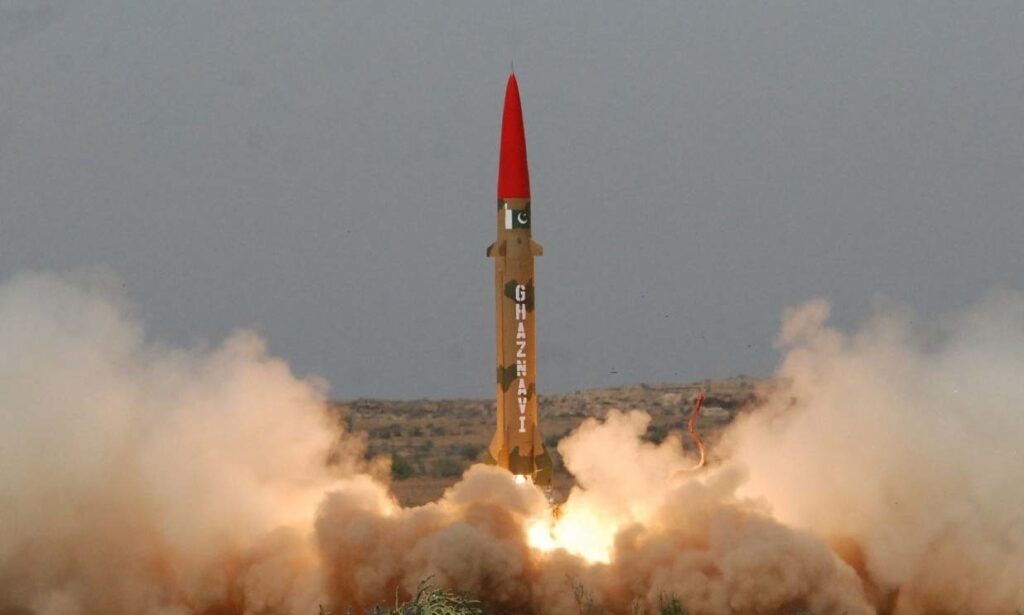 Pakistan Army successfully launches the nuclear capable surface to surface ballistic missile on Thursday. It is undoubtedly corroborating the defense mechanism of country in region.

12th August 2021, Thursday: DG ISPR Major General Babar Iftikhar announced that they are successful in launching a nuclear capable ballistic missiles. Ghaznavi Missile is capable of carrying chemical, bio or nuclear weapons. The target range of Ghaznavi is up to 290 km to 320 km. It re-validates the function and effectivity of the weapon. The test fire is creating a lot of chaos in region so far. The operation conducted under Pakistan’s National Development Complex. It witnessed in secret location.

Training launch of Ghaznavi started In 2002. It carried out in night time at undisclosed location. The missile named Ghaznavi after a Turk Emperor Mahmud Ghaznavi. Whereas the official codename of missile is Hatf-III Ghaznavi. It is a short range ballistic missile that carries every kind of warheads. Pakistan Army wants to make a local, reliable missile to cater defense problems. They test fires Ghaznavi from time to time to allocate its effectiveness.

Almost 30 test fires conducted from 2002 to 2021. Moreover it is obligatory to mention that China helped Pakistan in designing this indigenous missile. Their design and hard work of our engineers and scientists results us in this fatal missile. It creates a lot of rage on August 28, 2019. But NDC strives to make more improvements. A lot of safety measures taken care of before test fire. Ghaznavi tested in both day and night. It tells the accuracy towards target. Plus now it can carry more weapons and prefect navigation. It is one of the reliable weapon for army to tackle any problem in future.

Since diplomatic relations of Pakistan and India are not ideal. They are always up to each other. Both countries are increasing their weapons and forced numbers. As per the experts says the lust of power will cost both countries peace in the region.