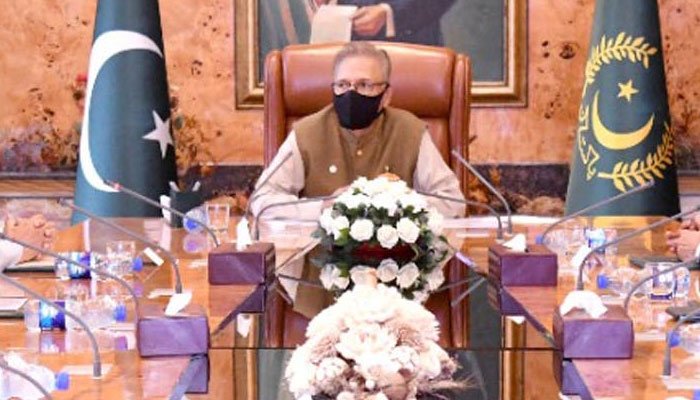 ISLAMABAD, PAKISTAN – On Tuesday July 27th in a meeting at the President House, President, Dr Arif Alvi discussed the importance of IT Development in Pakistan. The president stressed upon the growth of IT sector saying that it can enormously contribute to Pakistan’s economic and scientific development.

A briefing on (NUCES) National University of Computer and Emerging Sciences was done in the meeting. NUCES’s Rector, Dr. Ayub Alvi gave the briefing.

Details of the briefing on NUCES

NUCES’s Rector, Dr Ayub Alvi in the briefing gave out a presentation. The presentation highlighted NUCES role in the development of IT in Pakistan and also showcased NUCES’s achievements. In the briefing, Ayub Alvi stated that NUCES is the biggest provider of human resource to Pakistan’s computer software industry. He also added that NUCES currently has around 13000 students who are enrolled amongst the university’s five campuses.

Ayub Alvi, during the briefing said that since 2000, NUCES has graduated a total of 24000 students in different disciplines such as Computer, Engineering, Management and Humanities. The Rector also highlighted the scholarships and financial assistance that NUCES provides to the deserving students, saying that the institution provides a total of 240 Million Rupees in financial assistance each year.

After the briefing, President Arif Alvi appreciated NUCES’s role in developing Pakistan’s education and IT sector. He also went on to emphasize about how collaboration between private education sector and government is important.

The president then urged NUCES to increase the number of students and focus on creating a better online education model. He also asked the management to prepare students keeping in mind the fourth industrial revolution.

Importance of IT development in Pakistan

Technology and Internet has largely grown over the past few decades. Almost everything in today’s day and age is being digitalized. Humans are becoming more and more dependent on the internet and technology with each passing day. The future that we imagine, is one with technology all around us. Which is why developed countries are focusing more on their IT growth than ever.

To thrive in the modern day and age, it is important for Pakistan to focus on its ‘IT’ growth and produce more young IT minds.