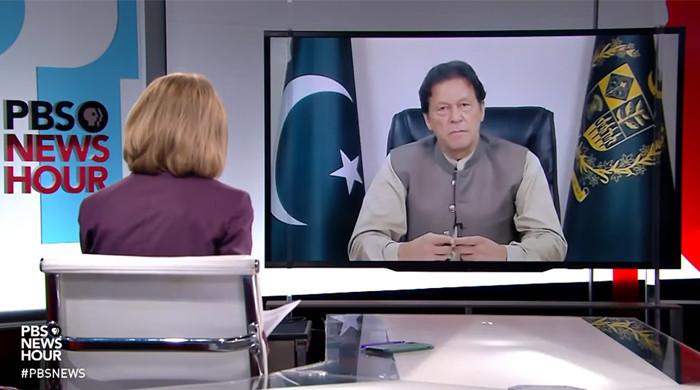 ISLAMABAD, PAKISTAN – On 28th July 2021, Prime minister Imran Khan went live in an interview hosted by Judy Woodruff at PBS news hour. The interview went on for about 15 minutes. Judy at the 11th minute mark asked the PM whether he believes that victims are partially responsible for rape.

The statements that the Prime Minister clarified

On the 21st of June, journalist Jonathan Swan at the HBO Axios conducted an interview with PM Imran Khan. The interview was quite long thus contained detailed discussions on many topics. However, a small part of the video where both of them discussed sexual harassment and rape went viral.

Jonathan in that part of the video asked the PM if he thinks that clothes have a connection with rape. Imran Khan replied to the question saying he does think that “If a women wears ‘very few’ clothes, it would absolutely impact a man unless he is a robot”. This particular part of the interview went viral and caused an outbreak of criticism towards PM Imran Khan.

Also See: PM Imran Khan Interview to HBO; US Bases and the ‘’Robots’’

After this video clip from the interview went viral PM Imran Khan didn’t really come out and clarified what he meant. However, after answering Judy’s question, the PM went out to clarify what he exactly meant during that interview. He said that his statements were ‘strictly’ regarding Pakistani society where sex crimes and child abuse is drastically increasing.

He further added, “I used the word ‘parda’, which in Islam does not mean just clothes and is not restricted to women only and is also for men as it means bringing the temptation down in a society”. This largely clarified all the misconceptions people had regarding the PM’s previous statements.

PM Imran Khan gets appreciation after clarifying his statements

After the interview video clips of the Prime Minister explaining what he meant went viral. He received huge amount of appreciation from his supporters although he also managed to change the point of views of people that previously criticized him. People on different social channels appreciated Imran Khan’s statements and made posts in his support.