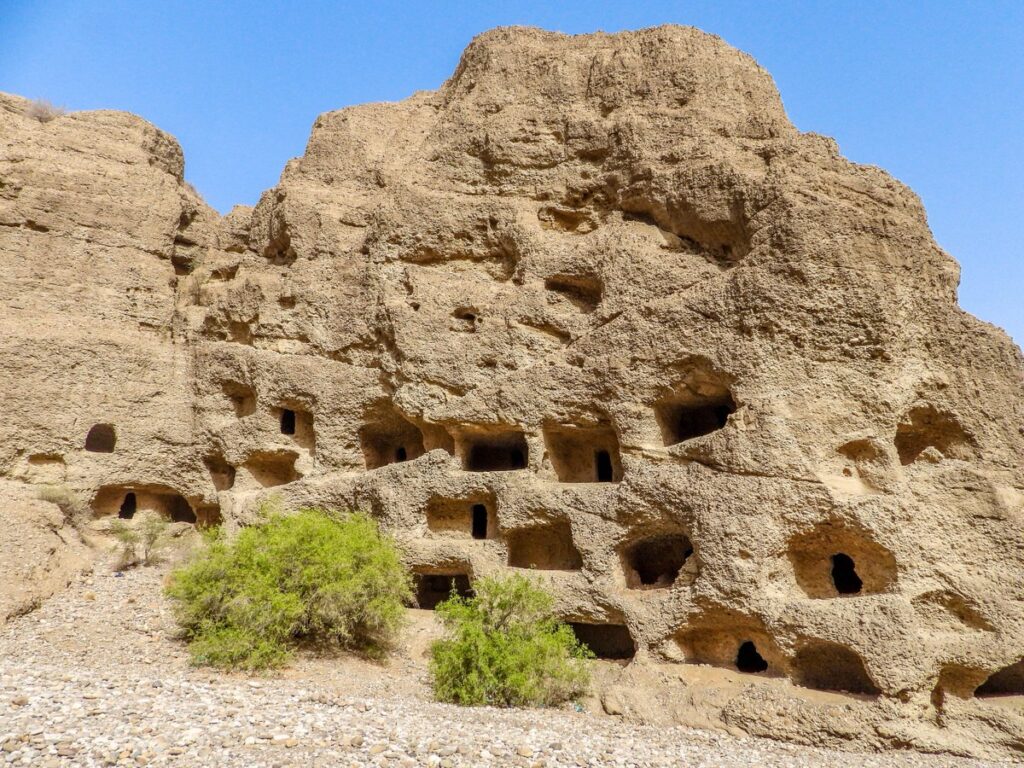 LASBELA, PAKISTAN – Gondrani, also known as Sheher e Roghan situated in far away district of Lasbela, Baluchistan. It is situated within two to three hours drive from Karachi, 200 kilometers in abandoned plains and difficult highway.

You can find this hidden beauty of Pakistan. The place has several names: Cave City of Lasbella, the Cave Dwellings of Gondrani, the House of the Spirits, and the Town of Mai Goudrani because of a lot of stories related to it.

Reason why these caves came into existence or who actually lived here is still a mystery to solve but a lot of stories wander here and make this place interesting enough. One of the famous stories is, it was a habitat of giants and fairies. People claim that at night the city came to full of life and they saw giants and fairies in full spirit.

In reign of King Solomon, a Djinn abducted the daughter of one of his workers and hid her here in these caves. He sent many heroes to save her and escort her, but all in vain. Eventually, Prince Saif ul Malook came here and he killed that Djinn and rescued the girl. History does not give any validation to this story.

Another interesting story takes us back to 7th century, where it was a Buddhist kingdom. It can be true because the style of construction has Buddhist touch. By the passage of time, due to lack of maintenance and other reasons, it became a ruin but remains are still here for telling the glory it had witness. Most of rooms of caves are interconnected and some of them have verandas and porch as well.

Most compelling story which people here still believes that it was occupied by demons and they use to exasperate innocent people. Took their belongings and made them suffer for their own good.

History of the Al-Biruni Lab and Radius

A lady name Mai Gondrani fought with demons and managed to free the city from their wrath. She died after that and people paid tribute to her as they named city after her. They established a shrine when she died and many people come here to visit the miracles of great lady. They have strong faith that Mai still helps them in their difficult times.

There is a beautiful pond in the start of caves considered as the water supply reservoir of the city at that time. Superstitions about the ponds are that its water has healing power for many incurable diseases and a bath in its water made your spirit awake. A lot of people came here and made their wishes and hopes that miracle water will solve their problems.

In British era there were 1500 caves, but sadly now they are only 500 left. The conditions of rest are really fragile, need attention from authorities as soon as possible.