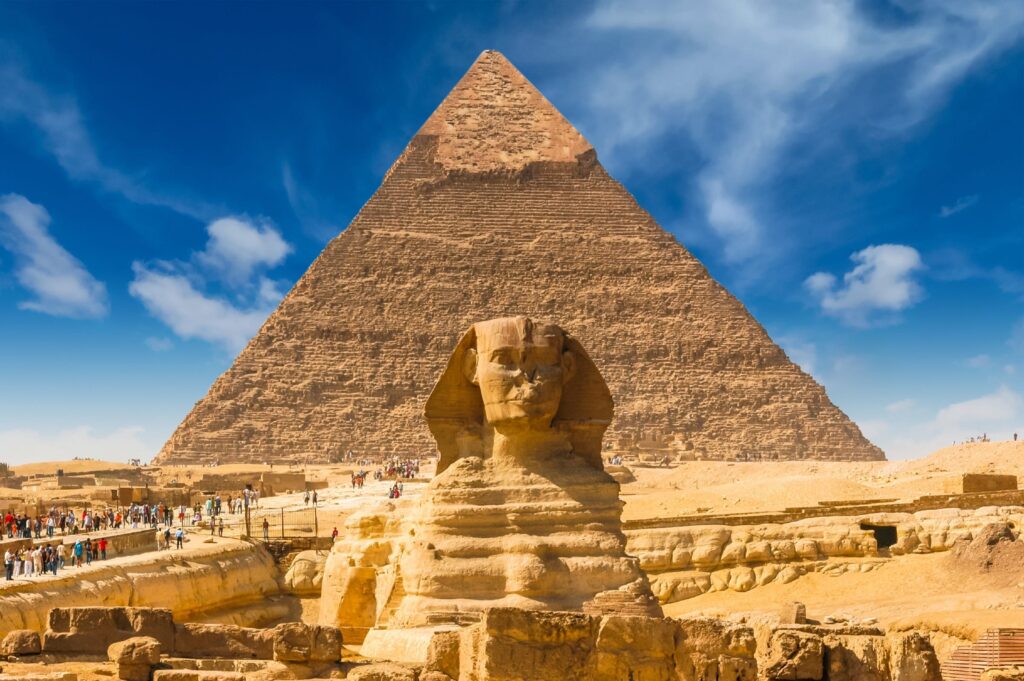 A unique limestone necropolis, once known as the sign of power and cruelty. Now an alone standing structure – Pyramids of Giza tell us the stories of miseries it has seen.

CAIRO, EGYPT – Egypt, a historically rich country is famous for so many reasons. One is definitely the Great Pyramids of Giza. An approximately 3800 to 4600 years old structure in Cairo catches the eyes of tourists promptly.

Its mysterious way of construction is still a question for so many historians, scientists, mathematicians and architects. It is safe to say that River Nile has more deep down secrets than any other river. It was the tallest building on earth for hundreds of years until Eiffel Tower took its place in 1889.

Pyramid of Khufu or Pyramid of Cheops is said to be built in 2550 and 2490 B.C. The king himself built this as a tradition of that time.

The pyramids have 3 main parts basically.

As far the carvings on the pyramid are observed and decoded, Pharaohs were supposed to be God in their afterlife and they build these pyramids in order to reach heaven and get divinity in no time.

Pyramid of Gaza is included in Seven Wonders of the World in 2007 and now it is the only building left while rest are ruined with the passage of time. At that time it was not alone, it was surrounded by temples, monasteries, small pyramids and other establishments.

According to tradition, all the belongings of the dead use to kept in the tomb. It includes furniture, his clothes, jewels, and everything he is supposed to need in afterlife.

A lot of theories are given in order to explain its construction. One and most famous is the big blocks which are commonly known as Casing Stone are brought on wooden plank on wheels. It is objected as the height of pyramids are so high, they must have built a huge ramp which seems impossible considering time and technology.

Anyone who visits Egypt tends to see these magnificent structures. You can pay 100 Egyptian Dollars or 11 US Dollars to see inside the pyramid. It is one of those monuments which are facing erosion rapidly. Due to weather conditions and Global warming, stones became so fragile that it is said to be one of the dangerous building in the vicinity.