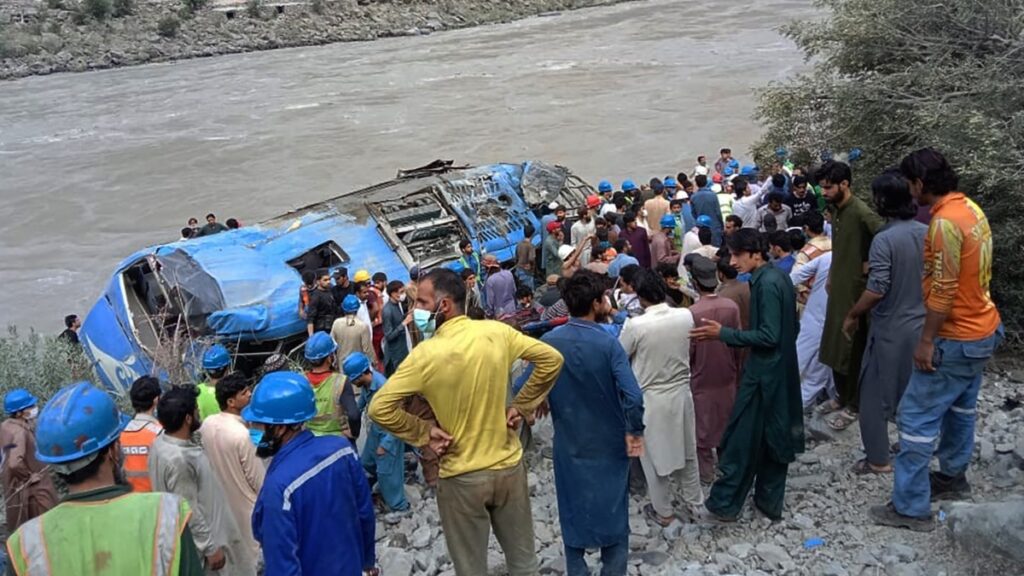 What is being called a mechanical failure or a deliberate attack, killed almost 30 people that were on a bus on their way to the hydroelectric power plant projects near Dasu.

GILGIT, PAKISTAN – Early this week 30 people, including both Pakistani and Chinese national, along with two soldiers were heading in a bus to the hydropower plant site. The site was in the remote upper Kohistan region from its camp in Barseen and is near the Dasu plant..

There was a blast in the bus which made the driver lose control and threw the bus over a ravine. The accident was extremely severe causing many causalities.

The Chinese and Pakistani government are working hand in hand in a The Dasu hydropower project which is a part of the CPEC. This plan includes a network of roads, railway and pipelines between the two countries.

The Chinese embassy in Pakistan later confirmed that Nine Chinese nationals lost their lives in the accident. While the Pakistani government claims it to be mechanical failure. The government of China, however, denies such claims and have stated it as a deliberate blast.

The stance of Chinese government

Chinese govt stated that this is not the first time when Chinese funded project is attacked. One such example is where very recently in April, a suicide bombing at a luxury hotel in south-west Baluchistan province occurred. However, the China’s ambassador was in the hotel but unhurt.

The Chinese Foreign Ministry spokesman Zhao Lijian has urged Pakistan to take immediate action and punish those responsible for the attack.

He said, “China has asked Pakistan to thoroughly investigate the truth as soon as possible, capture the perpetrators, punish them severely, and effectively protect the safety of Chinese personnel, institutions and projects in Pakistan”.

The Pakistan’s Foreign Ministry has said it to be a fault in engine. But locals confirmed it as a blast. But, it is not confirmed either a device has been planted or vehicle itself has an explosive.

Also See: A Lawyer attacked by dogs, the dogs get ”Death Sentence”

The Foreign Minister in his statement further said, “Pakistan attaches great importance to the safety and security of Chinese nationals, projects and institutions.”

The rescue team immediately arrived at the scene. All injured shifted to a hospital in Dasu.

“Police and the bomb disposal squad are at the site,” added Regional Official, Arif Khan Yousufzai outside the hospital. He further added that an investigation is awaiting to ascertain details.