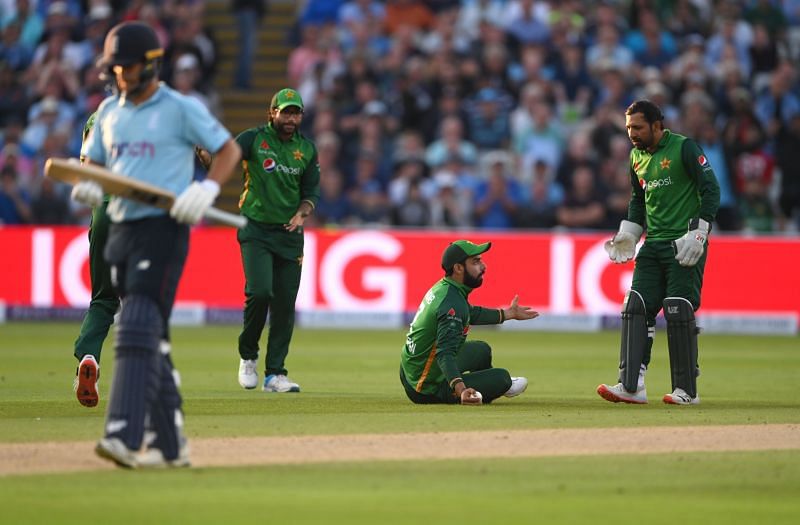 Pakistani cricket fans faced a heart break after Pakistan lost in the ODI series with 3-0 against England. The tradition of ”Whitewash” continued.

DERBY, ENGLAND – The nation had a lot of expectations from the Pakistani cricket team in bringing the ODI trophy home after the England Cricket Board announced a backup squad than the normal usual which is led by Eoin Morgan because of the Covid outburst that arose after the Sri Lanka home series.

Cricket holds a really special place in the heart of this nation and all the important matches are taken very seriously. This time too, people held a lot of hopes and the changes in squad could have been an advantage to Pakistan, however the England team led by Ben Stokes won and Pakistan had to face failure which broke the heart of many.

The tournament started off with England winning the toss and choosing to bowl first.  Pakistan which was supposed to bat first, did not play well at all. England’s Saqib Mahmood’s 4/42 wreaked havoc on the Pakistani batting line-up as they were dismissed for 141 in 35.2 overs.

While Pakistani performance on both the balling and batting line was poor, England managed to excel in both. The England team won the match in 21.5 overs with 9 wickets in hand with both Zak Crawley and Dawid Malan scoring half centuries.

After the first ODI match, a former well known cricket namely Shoaib Akhtar lashed out on PTV Sports saying, “It is all lame excuses. There was nothing on the wicket like extraordinary bounce. A little seam movement is expected in England. If you can’t handle that seam, then what will you do? I feel sorry for myself and the fans. If Pakistan continues to perform like this, then who will watch them? I will not.”

Also See: England lost the Euro Trophy to Italy in their own Home Ground

While Pakistani lost the first ODI, there were still hopes for them to win the series as it was a three match event. Winning the last two could have led Pakistan to victory.

The team however had not overcome the shock it got from losing the last two ODI matches and handed over the trophy to England after losing the tournament.

According to Ramiz Raja, who is a former cricketer as well as a Pakistani sports commenter, “A B-grade team whitewashed Pakistan. I am not surprised with the result. Pakistan were mentally disintegrated after losing the first ODI. They could never recover from the shock. Headlines all over the world said that Pakistan lost to an England side assembled in two days due to the COVID-19 crisis.”

He further added, ““Before the second match, there was pressure on Pakistan as a loss would have cost them the series. And they made plenty of mistakes. This has become a trend in Pakistan cricket. They do not learn from mistakes. Instead, when the pressure is on, they double their mistakes. And so they handed over the series.”

However, winning and losing is a part of the game, there were mistakes made which can be revised next time. in the T20 Series. Congratulations to England and better luck next time Pakistan.