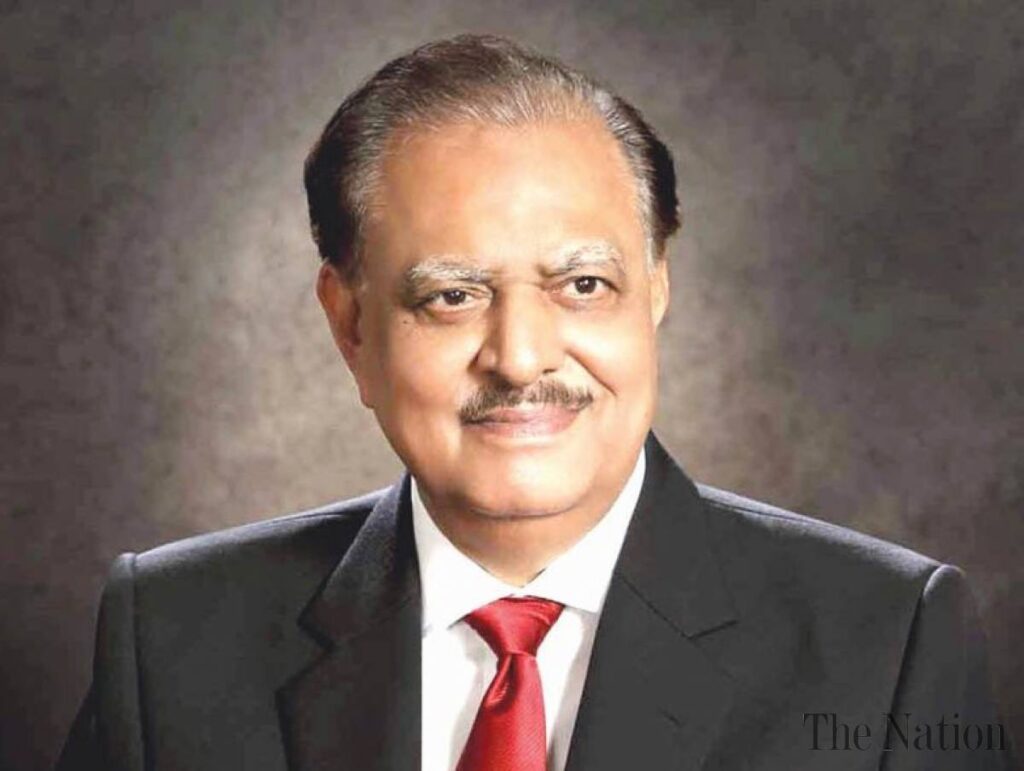 KARACHI, PAKISTAN – Pakistan’s former President, Mamnoon Hussain passed away on Wednesday 14th July in Karachi. The news was confirmed by his son. According to different sources, Mamnoon Hussain was diagnosed with cancer in February 2020. And he fought a hard battle with it. Former President was hospitalized in a private hospital in Karachi where he took his last breath. Mamnoon Hussain left behind his family of three sons and a widow.

Mr. Hussain succeeding Asif Ali Zardari, served as the 12th president of Pakistan. His years of service were from 2013 to 2018 when he was succeeded by current president Mr. Arif Alvi. He was amongst PMLN’s most senior leaders and was one loyal member to the party.

Mr. Hussain had a long history with PMLN as a PMLN most loyal parliamentarian. Mamnoon got involve with PMLN in early 1960s. During 1993, while PMLN was in opposition benches, Mamnoon became an active parliamentarian of the party. Later, he worked at important positions like as an Advisor to the Provincial Chief Minister and also appointed as the Governor of Sindh by Prime minister Nawaz Sharif. Later after the implementation of martial law, Mamnoon’s firmly stood with his party leaders and proved his loyalty to PMLN.

Mamnoon Hussain spent a big portion of his life for PMLN and was surely one important member of the party, apart from being an important member Mamnoon was also a person that always did his job with full dignity. As soon as the news of Mamnoon Hussain’s death surfaced on the internet and news channels a lot of famous personalities, party members and even PMLN itself came out to speak about the loss.

Condolences from the Party

PMLN’s official Twitter account announced the news in a tweet regarding Mamnoon Hussain’s death. In the Tweet while paying their respects to Mamnoon, PMLN wrote, “He stood firm with the party and its leadership during all ups and downs and never succumbed to expediency. His death is not only a loss to the party but also a personal loss. The former president was a walking example of our Eastern values and traditions, nobility and intellectual civility. Apart from being a linguist and a literary man, he was a wonderful person who loved knowledge.  His services to the country and the nation will be remembered. May Allah Almighty grant him a high position in Paradise and grant patience to his family. Ameen”.

Politicians of opposing parties such as Murtaza Wahab also came out on Twitter and wrote a few words for the departed soul. In his statement he remembered Mamnoon Hussain by saying, “He served his office with grace & dignity. May Allah SWT bless his soul & give strength to the bereaved family”.

Other politicians and key personals such as COAS and Maryam Nawaz also spoke for the departed soul. They talked about Mamnoon’s important contribution in politics and his services to Pakistan are surely something that are appreciable.

Mamnoon was born in Agra in 1940 and like many other Pakistanis, his family migrated to Pakistan after independence in 1947. Mamnoon received initial education at his home, while he graduated from the renowned Institute of Business Administration (IBA) in Karachi.

Later on Mamnoon remained busy with his family’s shoe making business, primarily established in Bangladesh. He is also a pioneer of fruit exporter in the country along with a textile business. He good byes politics after his service as a president and adopted a low profile.

Mamnoon Hussain made positive impacts and efforts in Pakistan’s business as well as politics, Mamnoon was surely a gem for Pakistan.