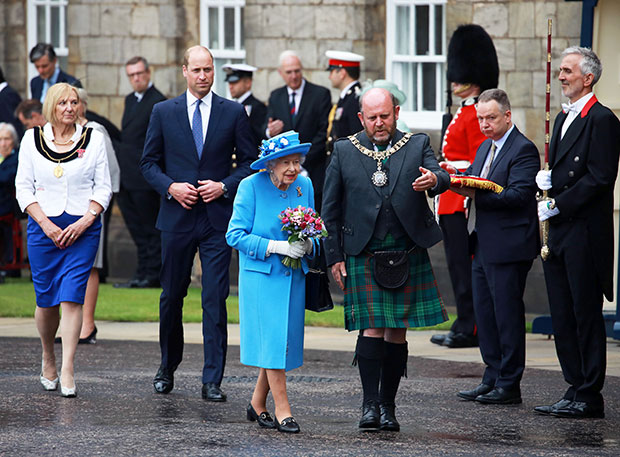 Queen Elizabeth, along with the Royal Family will be taking her Annual Tour to Scotland, this 4-day trip will include the celebrations of the Royal Week starting in the end of June.

The Royals have a lot of duties on their shoulders. Though Sir Philips death is still fresh for the Royal family, the Queen will be havinf a Tour to Scotland as a part of the ”Royal Week”. The Royals and the Monarch already called off the Royal Week last year so it couldn’t be delayed anymore.

The Royal Week is an event which takes place every year in between the last week of June and the first week of July. In this event, the Queen and other members of the Royal Family take a small trip to Scotland. They celebrate the history and innovations of the Scottish people along with them during the trip.

This year, the annual Royal Week tour will be taking place from Monday June 28th to Thursday July 1st in which the Royal Monarch will be visiting many charitable organizations and businesses in Sterling, Edinburgh and Glasgow.

The Queen, however will not be alone, Prince William will accompany the Royal Magesty. Prince William is better known as the ”Earl of Strathearn” in Scotland for one day only and later after his leave; Princess Anne will be joining her.

Where will The Queen stay during the tour?

On her visit, Queen Elizabeth will be staying at the palace of Holyrood House and like every time, She expects to hold large scale garden parties and other ceremonies at the palace. Thousands of Scottish people witness this event. This is the reason why it was called off last year for precautionary reasons and the pandemic.

While the Queen looks forward to this trip every year, this is not the only time of the year that she visits that part of the region. On some summer breaks, the Queen along with other members of the family spend their time together at the Balmoral Castle in Scotland where all her grandchildrens are also present.

However, though the Queen enjoys visiting Scotland and the Scottish people also wait for the Royal Week, there are some people who criticize this as well.

When the news about the Queen’s visit to Scotland circulated around the web, Scottish Twitter user on his platform posted that “Her previous Union is dead”.

While another one wrote that the royal family were just spongers who took over the money of people and travelled for free on the countries expenses.

The Royal week will take place in the coming week and though there are a few critics, there still are a lot of supporters and we cannot wait to see how well this year’s event is pulled off.