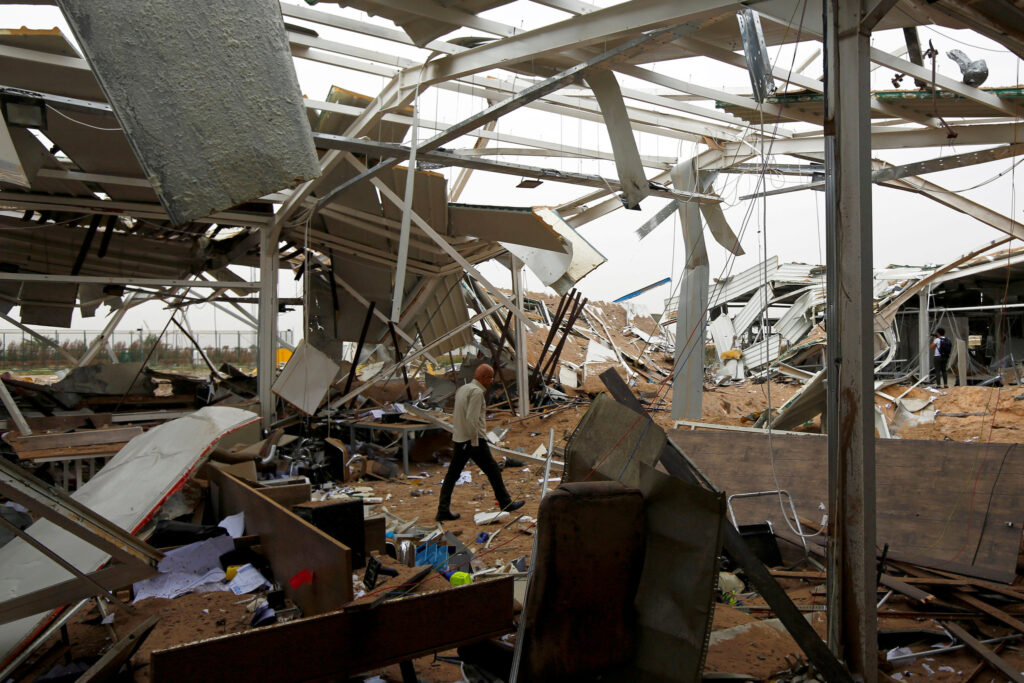 US Military on Sunday launched airstrikes in both Syria and Iraq against the Iran Backed Militias in the two regions. The airstrikes, which the US government labeled as “defensive” were launched as a retaliation of the attack on the US bases in Iraq. Washington and Baghdad officials believe it to be the work of Iranian proxy groups.

This speculation was taken under consideration because Iranian proxy groups have been very active over recent months. Testing the authority of the Iraqi leadership as well as US government willingness to confront them in the lead up to the resumption of talks to restart the nuclear deal.

“This action should send a message to Iran that it cannot hide behind its proxy forces to attack the United States and our Iraqi partners,” Mr. Mulroy.

Who were the ”real” targets for US for airstrikes?

According to Jessica McNulty, a Pentagon spokeswoman, the airstrikes had hit the desired location. The targeted location according to John Kirby were operational and weapons storage facilities at two locations in Syria and one in Iraq. The facilities were used by at least two militias, Kata’ib Hezbollah and Kata’ib Sayyid al-Shuhada.

According to The Syrian Observatory for Human Rights – Britain based group, responsible for closely monitoring the Syrian conflict, reported that at least five causalities have taken place within the Iraqi militiamen.

However, SANA news states that three civilians along with a child have also been declared dead. But NBC News did not report it publicly.

Airstrikes were launched on the orders of President Joe Biden. Which happens to be the second airstrike that has been issued since he took over the office in January. The last year strike was launched in Syria as a response to the rocket attacks in Iraq.

On the current attack, while Joe Biden himself did not give any statement. Pentagon press secretary, John Kirby, stated “As demonstrated by this evening’s strikes, President Biden has been clear that he will act to protect U.S. personnel.”

The pentagon press secretary clearly mentioned that the airstrikes were a response to the attack in Iraq in February. The attack killed one civilian contractor and wounded a US service member and other coalition troops.

He further stated, “Given the ongoing series of attacks by Iran-backed groups targeting US interests in Iraq, the president directed further military action to disrupt and deter such attacks.”

According to him, as per the international laws, the US has the right to act in self-defense. He said that the airstrikes were both to address the threat and appropriately limited in scope.

The Iraqi Military, the day after the airstrikes, on Monday, released their official statements.

The spokesperson for commander in chief of Iraq’s armed forces, stated, “We condemn the U.S. air attack that targeted a site on the Iraqi-Syrian border last night, which represents a blatant and unacceptable violation of Iraqi sovereignty and national security in accordance with all international conventions.”

Iranian Foreign Ministry spokesman Saeed Khatibzadeh, said ” US was simply taking a wrong path and was trying to make the “failed legacy” of its previous US government successful”.

He further mentioned, “Instead of emotional actions and creating tensions and problems in the region, the U.S. should change its behavior and let the regional people establish security without Washington’s interference.”

When Biden and the US government official were asked to comment on the airstrikes they declined to do so. However, on Monday, Biden will meet Israel’s outgoing president, Reuven Rivlin, at the White House. Purpose of meeting is that they will include Iran and U.S. efforts to re-enter the Iran nuclear deal. Those efforts have raised serious concerns in Israel, Iran’s arch-foe.