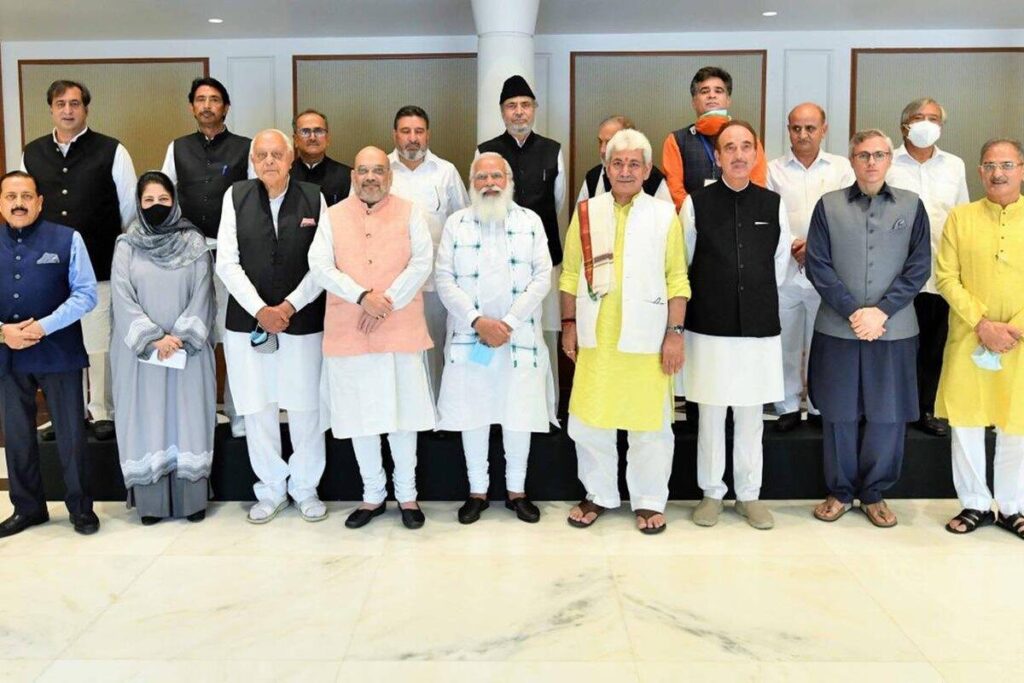 NEW DELHI, INDIA – Indian Prime Minister, Narendra Modi decided to host a meeting for the first time ever with the representatives of Jammu and Kashmir. The core motive of the meeting was to discuss the ongoing matters of the disputed region, Kashmir.

Experts believe this meeting was only an act to push the ongoing criticism against the PM under the rug both at home and abroad. Modi’s Hindu nationalist government in August 2019 downgraded the Kashmir region’s status. The BJP Government dejected Article 370 and 35A from the constitution in Kashmir in 2019. This endorsed the split the disputed region into two federal territories Ladakh and Jammu-Kashmir and removed inherited protections on land and jobs for the local population.

They also advised Narendra Modi to find a solution to the Kashmir dispute in a meeting with Pakistan. However, though the meeting did progress to a finish, the alliance spokesman, Yousef Tarigami, after the meeting told the reporters that though the Indian government did hear their demands and opinions. Although they certainly made no promises to Kashmiri leaders.

Though, this matter has been lying in the UN while no decision being made. The land of unoccupied Kashmir has lived without an identity and has struggled since the beginning of Independence. It is about time they should be provided with a sense of security and ownership within the state they live in.