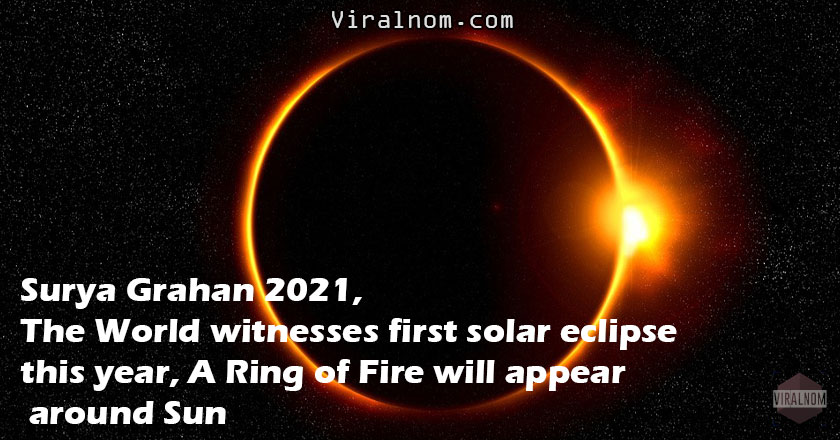 KARACHI, PAKISTAN – The first solar eclipse of the year (Surya Grahan 2021) will appear today. The eclipse started at 1.12pm PST and it will be vivid and visible at 3.42pm. The eclipse will end at 4.34pm PST. A Ring of Fire will appear around Sun.

The Astronomer and Director Institute of Space Science and Technology Karachi University Professor Dr. Javed Iqbal exclaimed, ‘’A ring of fire will be visible during the solar eclipse’’ during Surya Grahan 2021. He further added that countries like Russia, Greenland, Northern Canada, North Asia, Europe, and the United States will witness the eclipse quite visibly. He further added that the eclipse may not be visible in Pakistan.