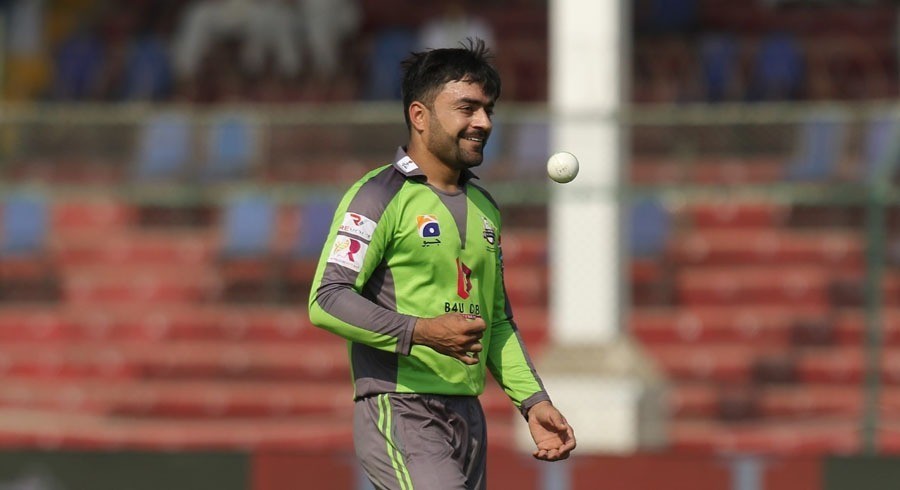 ABU DHABI, UAE – Lahore Qalanders maintained its first position on the points table after a tremendous defeat to Peshawar Zalmi at Abu Dhabi’s Sheikh Zayed Cricket Stadium. Lahore Qalanders beat the opponent team by 10 runs and conceived 2 crucial points for PSL Title hunt. The winning team is on number 1 position on the points table with 10 points in hand.

Zalmis won the toss and chose to ball and Lahoris played the first innings and gave the target of 171 runs to the Zalmis. Australian all-rounder James Faulkner took the first wicket in the first over, dismissed the opener and increased the pressure on pitch for Zalmis to perform.

Haider Ali and Kamran Akmal dismissed after 1 and 4 runs. Shoaib Malik and Miller played the partnership of 51 and proved helpful for Zalmis but their luck did not work for long. Rashid Khan attacked the league and took quick wickets of Miller at 21 and Powell at Zero.

Afghan Leggie then took his third and fourth wicket of Sherfane Rutherford and Fabian Allen and completed his 5-Wickets for 20 in his fourth over with a maiden over.

Shoaib Malik persisted on the ground despite the consecutive wickets and scored 73 runs. The player then dismissed by Haris Rauf, it was Haris Rauf’s 100th wicket in T20 Format.