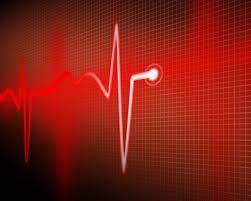 Heart Rate is one of the ‘Vital Signs’ that plays an important role in human life.Heart is an organ that puts the whole body alive by circulating blood to the body so maintaining heart rate is the best way to protect your heart.

Normal resting HR of an adult ranges from 60-100 bpm. Some people believe that it ranges between 50-70 bpm however we can say that normal HR depends on particular situation such as physical or environmental factors.

According to National Institute of Health (NIH), normal RHR are presented as follows:

The above mentioned normal RHR fluctuates depending upon certain changes such as exercise, illness, injury, body temperature, emotional changes, certain medications and body position such as standing up quickly.

Irregular HR is the sign of serious health condition which one should get noticed.

Where to find heart rate:

‘Maximum HR is the number of heart rate achieved during maximal exercise’.

According to American Heart Association, maximum HR can be measured using the following formula:

For example, if your age is 30 your estimated maximum HR would be calculated as follows

It is generally believed that HR increases during exercise. Target HR is the minimum number of heartbeats in a specific time interval in order to reach the maximum level of exertion necessary for cardiovascular fitness, specific to a person’s age, gender, or physical fitness.

Normal values of HR during exertion are as follows:

During pregnancy, HR is one of the major factor that plays major role in predicting the heath of mother as well as fetus. Total amount of blood pumped by the heart (cardiac output) increases to 30% to 50%. As the CO increases HR also increases. It increases from normal range 70 bpm to maximum 90 bpm.

Likewise, HR of fetus ranges from 120 bpm to 160 bpm. After that it changes throughout whole period of gestation. At about fifth week of gestation is as same as mother. At about 10 week normal HR of fetus increases to 170 bpm and then start decreasing to 130 bpm.

These conditions are considered normal unless an underline cause is present.

Sometimes a person may feel ‘skipped beat’ or ‘early beat’. This is due to faster HR than normal.

There may be an ‘extra beat’ in your heart which is due to irregular heart rhythm. Signal reaches the ventricular level instead of SA node. This results in a skipped heartbeat or an extra heartbeat.

‘Skipped beat’ and ‘extra beat’ can occur under normal circumstances and may become normal on their own.