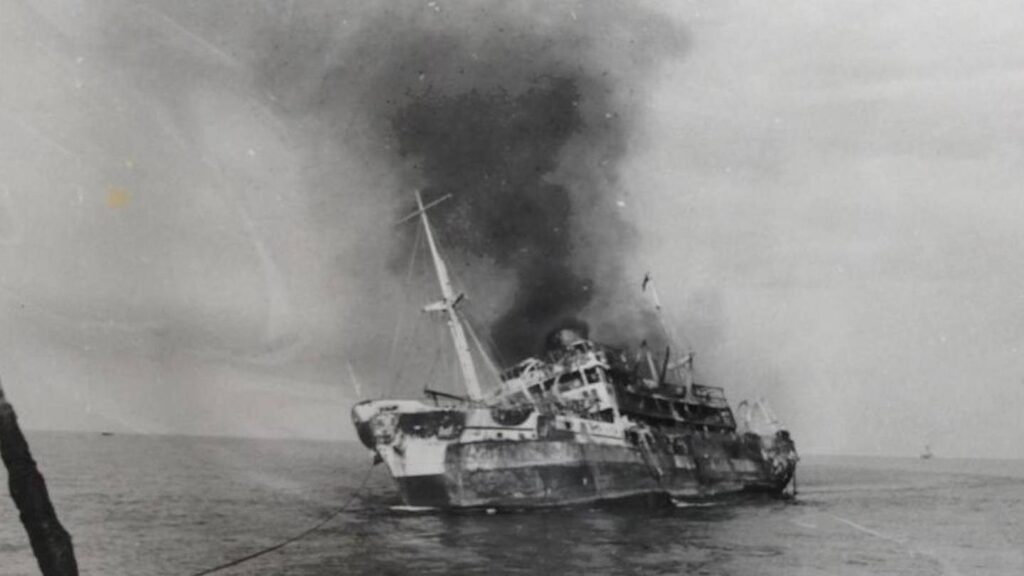 On 8 April 1961, the MV Dara took its tragic final voyage. The ship sank off the coast of Dubai after an onboard explosion. The ship was a Dubai-based passenger liner. The Barclay, Curle & Co. Ltd company built the ship in 1948. The ship had a total of four decks and it generally traveled between the Persian Gulf and the Indian Subcontinent. The Ship would make travels between Pakistan, India, and Dubai. However, the ship sank on 8 April 1961. The final report about MV Dara’s sinking investigation revealed that the ship sank due to an explosion on deck. The unfortunate event killed 238 out of 819 people that were on board at the time of the explosion.

People would later remember the ship as the Unfortunate Titanic of the Middle East. This is because of the large size of the ship and the unfortunate ending of its life. British Army tank landing craft saved a total of 565 people on board the ship. Moreover, several other ship vessels, Royal Navy, and foreign merchant ships helped in the rescue mission.

The ship had sailed from Bombay, India on 23 May and was on a round trip to Basra. MV Dara arrived at Dubai port on 7 April. The ship had to unload some cargo here. In addition, the ship embarked and disembarked a few passengers at Dubai port. This is when suddenly, the ship was hit by a strong wind. The strong wind gave no chance for the people to disembark from the ship who did not intend to travel. Due to the extreme weather conditions, the ship went sailing into the ocean.

According to sources, the ship sailed in the storm for about a day. However, on 8 April 1961, MV Dara experienced a huge explosion on one of its decks. This explosion occurred when MV Dara was trying to return to the docks. The fire affected all of the systems of the ship and the Captain of the ship announced evacuation.

The ship eventually drowned due to the explosion. Later investigations pointed out the possibility of a terrorist attack on the ship. The British army said that the Omani Rebel group must have placed a bomb inside the ship which caused the explosion. However, No-one has ever found any scientific evidence for this statement.