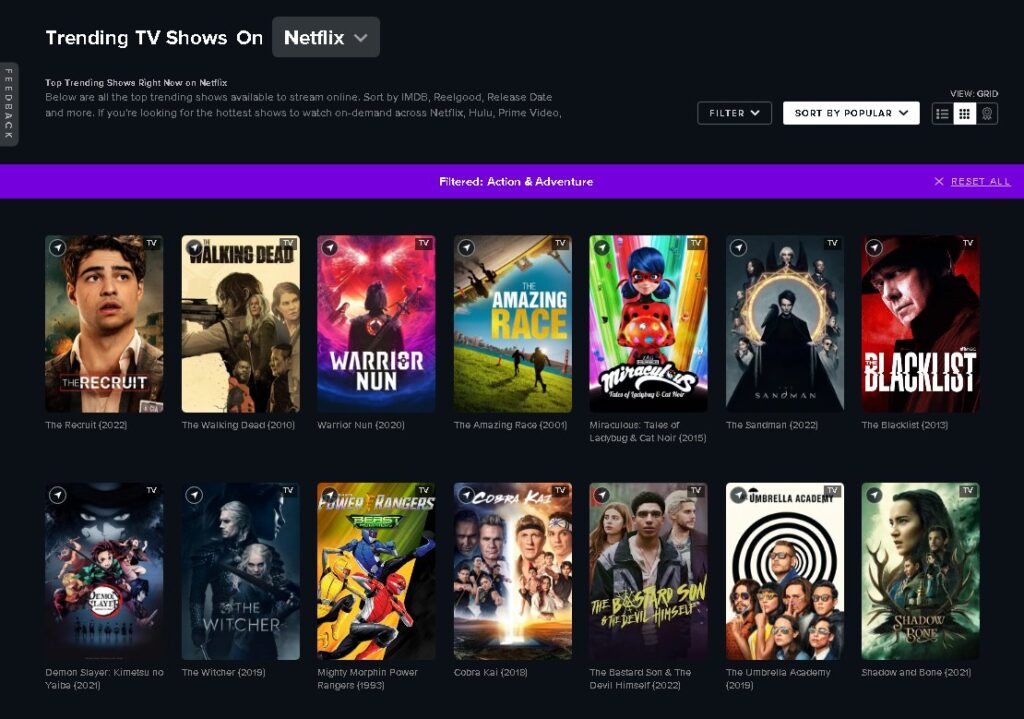 Netflix gave so many shows post-pandemic that viewers are in awe. But along with that the Netflix also canceled some amazing shows despite good stories and viewership. Netflix has a befitting reply to that.

Let’s admit we all are addicted to Netflix and its content. Some of us cannot imagine spending our day binge-watching our favorite shows. But it is also annoying when the streaming platform cancels our favorite show after 1 or 2 seasons. We hooked to the storyline and actors and never get our closure. We want some of the unique and amazing shows renewed as soon as possible.

2022 was a tough year for Netflix as it was seeing funding problems. But despite that, the site strives enough to bring new shows to loyal fans now and then. Money Heist, House of Dragon, strangers thing and many other get a lot of business in its runtime. But still we cannot watch following season after running 1 or 2 seasons only. Sometimes reasons are not mentioned clearly.

Netflix’s U.S. and Canada scripted series chief Peter Friedlander has shed some light on the service’s inconsistent cancellation of streaming shows. He said “I think you will hear this from many folks, but the cancellations are the hardest part of this job and when I think about the work that both the creators and all the people at Netflix put into them, we care passionately about them, and it’s not something that we take lightly.”

Instead, Friedlander has revealed that Netflix looks at these shows’ long-term life and makes decisions about their future based on these estimates rather than how the show has performed in its initial release stage.