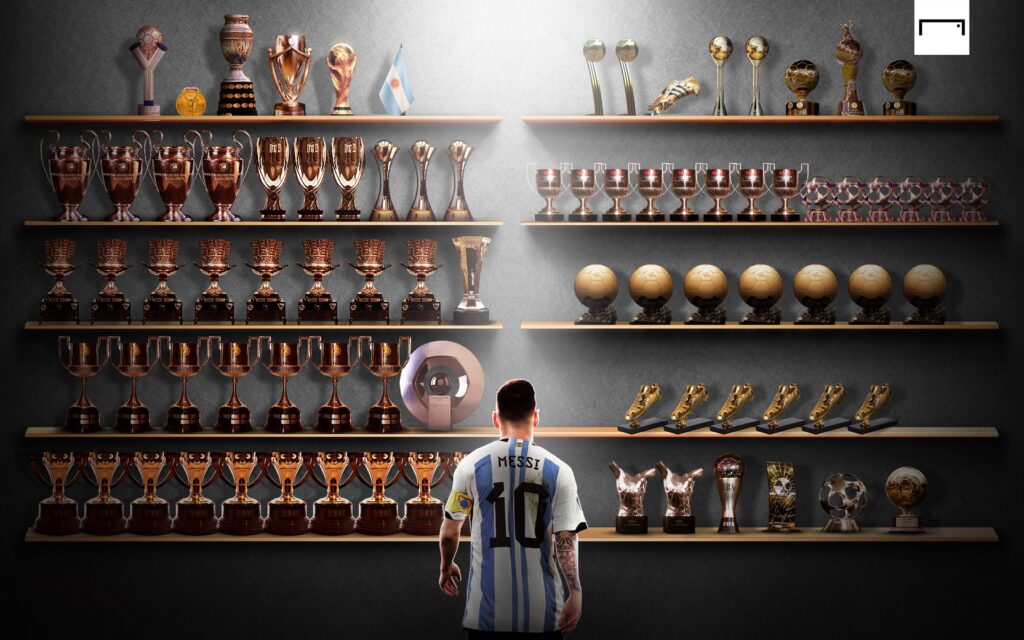 FIFA World Cup 2022 held in Qatar will all glitz and extravagancy. A nail biting final was played between France and Argentina. Both team played exceptionally well but obviously there can be only one winner. After 3-3 score by both team after designated time. Result went to Penalties and with 4-2 score Argentina lift the trophy after 36 years. After Diego Maradona, Lionel Messi is the player that took the team to this level with dedication and hard work.

The Qatar tournament is Messi’s last World Cup and his last attempt at football immortality. The Argentine, who wears the No.10 jersey for both his national side and club, Paris Saint-Germain (PSG), has made it clear that he won’t play at the next edition which is to be hosted jointly by Canada, Mexico and the United States.

He is a seven-time record winner of the prestigious Ballon d’Or, which is one of Messi’s Guinness World Records. He is the first footballer to be awarded the Laureus Award for Best Sportsman of the Year award. Messi has won 10 La Liga titles, four UEFA Champions League titles, three FIFA Club World Cup trophies, seven Copa del Rey titles, three UEFA Super Cup titles, and six European Golden Shoe awards among many other accolades as a player for La Liga club Barcelona. He has also won the French league for PSG and was also named FIFA World Player of the Year in 2009.

He is the all time top scorer of all national teams in South America with 98 goals from 172 appearances. Both the goals and the appearances are the highest by an Argentine for the national side. The goals also make him the third-highest international goal-scorer after Portugal icon Cristiano Ronaldo’s 118 and Iran legend Ali Daei’s 109.

Messi is also the oldest male player to score five or more goals in a single FIFA World Cup tournament. With his 26th World Cup appearance in the final, he also broke German great Lothar Matthäus’ record of most World Cup appearances. Moreover, His recent Instagram post is highest reacted picture on all social media platforms.

Also See: 2023 started as a lucky charm for Virat Kohli