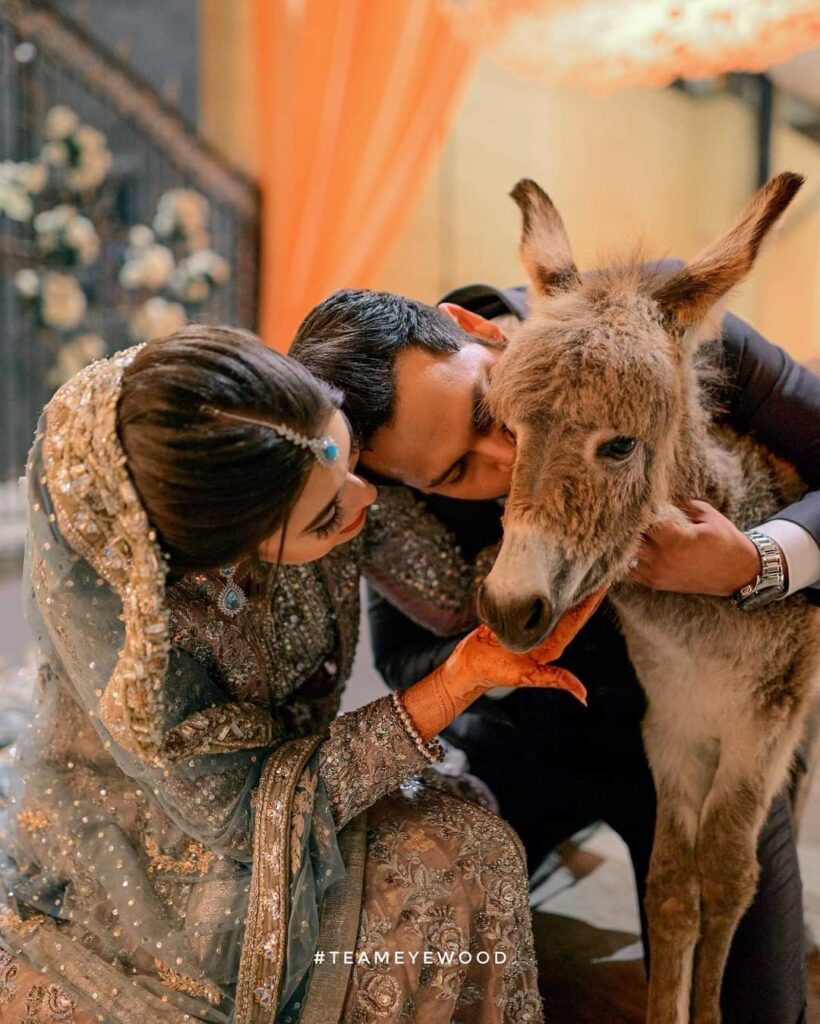 For centuries grooms are trying to gift their brides something unique and memorable. But Azlan Shah from Karachi set the bar to new horizons. He gifted his newlywed wife a baby donkey as a unique wedding gift.

Weddings are the sacred knots couples tie that they cherish for life. There are a lot of methods that spouses do to make their partners feel special. Some made their rooms made of gold, whole few planned some eccentric trips. But in terms of wedding gift, a groom from Pakistan reached on new level.

Azlan Shah is a famous YouTuber along with this he is the biggest animal lover. He has 350k subscribers on his Youtube channel. He often shares pictures and videos with many animals like a python, lion, elephants, etc. Meanwhile, Warisha Javaid Khan is a dentist by a profession. She also runs an Instagram account where she influences people with her esthetics and fashion tips.

Last week was full of their wedding festivities. They both pulled off a royal wedding where they decorates the venue like a castle. However, their wedding became the talk of the town when on the last evening the groom surprised his bride with a unique wedding gift.

Azlan posted a video where she gifted his wife Warisha a baby Donkey. On their Mehndi event they photoshoot with an elephant. But the baby donkey was the most amazing gift one can give to anyone. Warisha seems very surprised and happy to see the little guy.

Azlan clarifies that he did not separate the baby from its mother. He brought both of them together. This gesture burst with millions of reactions on the internet. Few call it “animal protagonist” meanwhile few make fun of and posts memes about it. Some of the reactions are as follows.

One user wrote, “Good way to be viral, social media is only entertainment even you try to avoid such stuff but you can’t.”