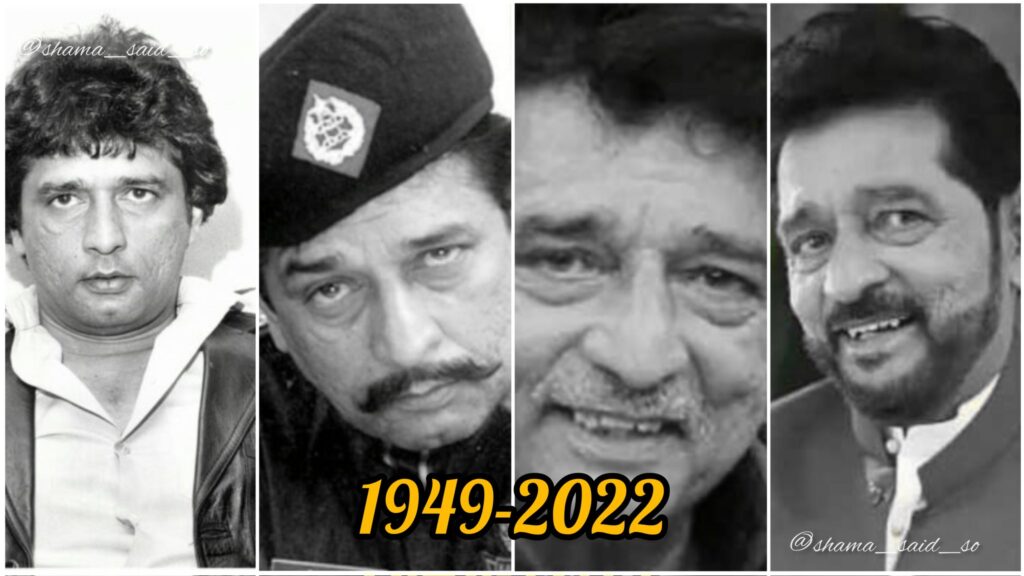 Renowned actor and comedian Ismail Tara passed away in Karachi after suffering from kidney problems. He was one of the prominent actors in the industry. Country is shocked over his demise.

He was admitted in a private hospital of Karachi due to some health complications and put on ventilator after his health severely declined. Kidney failure is being said to be the cause of his death. He is survived by his widow, four sons and a daughter.

Ismail was born on November 16, 1949, in Karachi and has been involved in acting since forever. He has worked in many stage plays, television dramas and films. Tara belonged to the earliest crop of stage and television comedians in Pakistan. He started his television career in 1964, writing scripts and performing in some of the plays.

Tara has worked in many stage plays, television and around 14 Lollywood films. He is five times Nigar Awards winner for best comedian in Haathi Mere Saathi, Aakhri Mujra, Munda Bigra Jaye, Chief Sahib and Deewarein. His death has a negative impact over our industry as he left a big space left behind him. Young generation learn and copies his style for finesse.

Sindh Chief Minister Murad Ali Shah expressed his grief over the demise of famous comedian. “Ismail Tara’s artistic services will always be remembered,” he added. He also prayed for forgiveness for the departed soul.