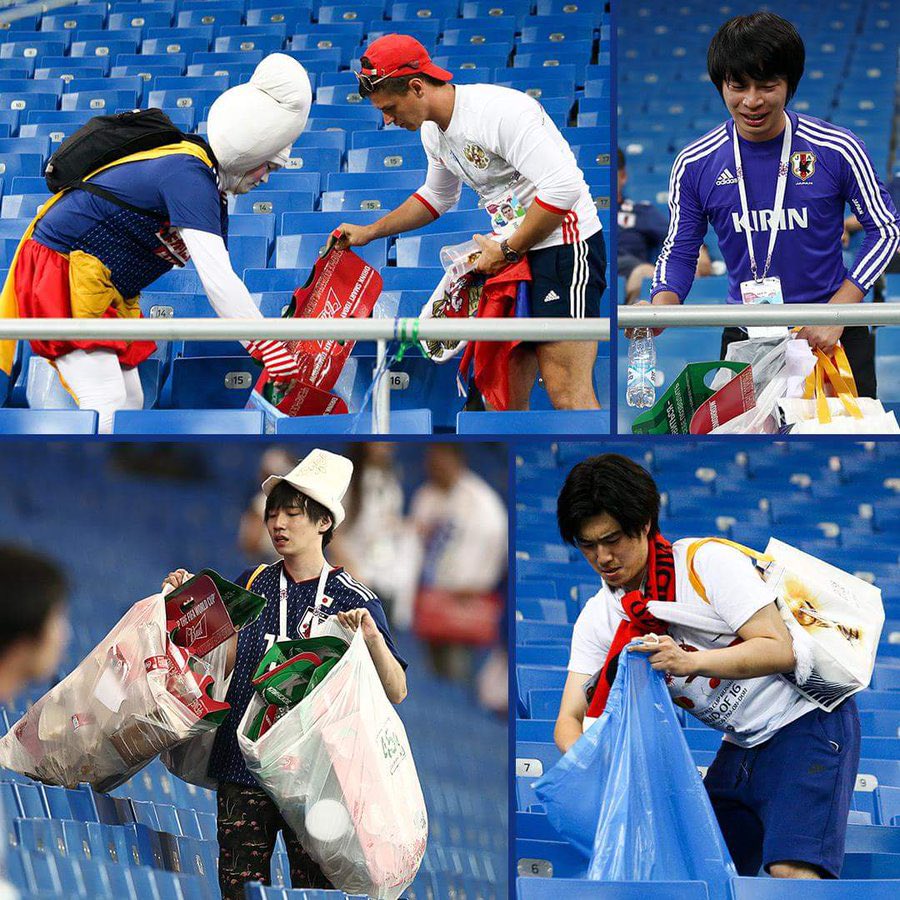 In the ongoing FIFA World Cup, Japan sets another mark to follow. After the match between Qatar and Ecuador, Japan fans start cleaning the stadium considered as part of their OSOJI culture. Qatari fans shared the videos that have millions of views already.

Japan is a nation full of old traditions and etiquette. They often show acts which left the world shocked and impressed at the same moment. A similar incident happened in the ongoing FIFA World Cup in Qatar. Just before the match between Japan and Germany, a match was held between Qatar and Ecuador. After the match, thousands of fans left their garbage behind for the cleaning team.

But Japanese fans stayed to clean their mess. Not their seats and aisles. They even cleaned up the whole stadium. A Qatari resident who was in managerial duties there was surprised by their activities. He made a small video and uploaded it on all social media platforms. That video already has millions of views and shares.

The Japanese fans also told why they decided to clean the stadium when the man behind the camera asked. They said that they never ”leave rubbish behind them”. ”We respect the place. We are doing it for publicity,” added Japanese fans.

This is not the first time Japan shows such kind of act or gesture. In the World Cup 2018, Japanese fans do the same cleaning after their surprising loss to England. According to their faith and believe, cleanliness is engraved into their religion. As dust and garbage brings evil and negative energies in their lives.

The Japanese culture puts a heavy emphasis on mindfulness towards the needs of the community rather than the individual. Within the culture, if somebody in the community say in school or at a workplace, makes a mess then people tend to see cleaning it up as a shared responsibility within the community. After all, it is a shared space.

One of Japan ’s year-end traditions is OSOJI, which literally translates to “big clean.” While it roughly equates with the Western concept of spring cleaning, OSOJI is connected to Shinto practices of purifying homes and shrines for the coming new year in Japan culture.