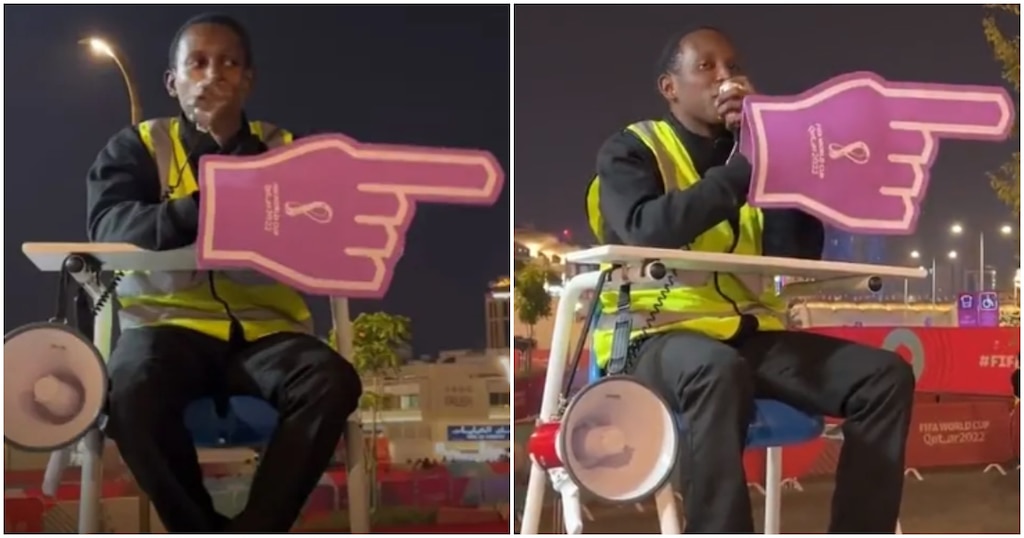 Metro Man is now the day’s talk for Qatar FIFA World Cup 2022 fans. The metro man is not any homeless person in the Metro of America. However, this Metro Man is winning hearts with his sweet gestures of helping others. As we know, FIFA World Cup 2022 is going on in Qatar. Millions around the world are traveling to Qatar to watch their favorite team play. However, an employee of the FIFA Qatar staff is helping spectators.

Foreign sports fans often feel lost while traveling in an unknown country. This person found a way to help such people. He is a FIFA Qatar management team employee. Videos of him circulating around TikTok show him guiding people toward the stadium. Some of the spectators made a video of his good act. Upon posting the video on TikTok, the World Cup employee in Qatar quickly emerged as a tournament favorite. His name is Abubakr Abbas and he is a 23-year-old Fifa Qatar employee.

The staff member’s job is to lead football fans to a nearby Metro station while sitting on a high chair. In the video, people can see him saying “Metro, Metro, Metro” in a beautiful Arabic accent. He does this for the crowd in the street while holding up a foam finger and megaphone.

TikTok is now covered in countless videos of the metro guy. Moreover, TikTok also has even videos of some football fans leaning into his megaphone to try out his catchphrase.

Online viewers have viewed a lot of “Metro Guy”. One TikTok user commented: “Saw him today, he really changed everyone’s mood, everyone was smiling.” Another person commented, “I believe this guy is now more famous than Messi.”
Whereas, the FIFA world cup Qatar is in full swing. People are arriving from different countries to watch the most exciting competition in the world.

Seven European countries, including England and Wales, made an important announcement in a joint statement on Monday. They said that the rainbow armbands will no longer be worn for fear of receiving a yellow card. Later, the rainbow armband was seen on TV host and football legend Alex Scott as a show of defiance against Qatar’s position on LGBTQ+ issues.