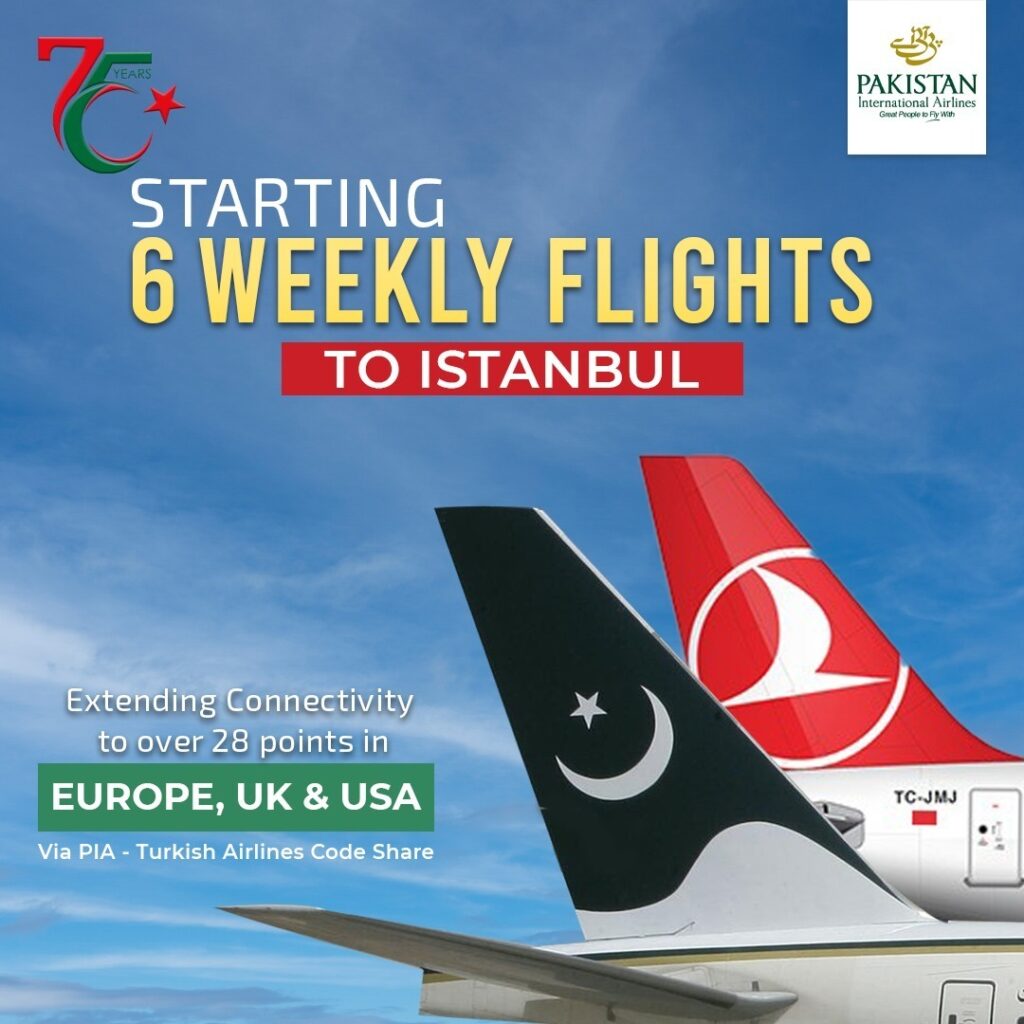 Pakistan International Airlines (PIA) has decided to continue international flights. This decision includes flights to Istanbul, Turkey. PIA has announced that it will implement this new decision of continuing flights via Istanbul on November 14. This is not the first time PIA has made it to the headlines during these past 3 or 4 months. However, A spokesperson from PIA said that they will now operate flights between Islamabad, Istanbul, and Lahore airports. The PIA has also announced that it will now use its latest addition to its fleet i.e. Airbus A320. But PIA said that it will only use Airbus A320 for international operations such as flights to Turkey.

PIA officials claim that the decision to resume flight operations is to commemorate the 75th anniversary. Pakistan International Airlines is Pakistan’s largest airline. The airline has a fleet of 30 aircraft and operates nearly 100 domestic and international flights daily. Pakistan International Airlines is currently serving 18 domestic destinations all across the country. Moreover, the airline also serves 25 international destinations as well. PIA said that they are planning to launch 2 weekly flights from Islamabad. Whereas, there will be 4 weekly flights to Istanbul from Lahore.

Experts believe that the decision is somewhat beneficial to the national economy. Reopening the flight route would also help in improving the national airline’s financial situation. Recently the airline was trying to cut down its operational costs and increased fares on its most used routes. PIA implemented the strategy to become a profitable institution for the nation.

The airline raised the ticket prices last month for its Pakistan to China route. Moreover, Pakistan International Airlines also increased fares of its domestic routes when flash floods hit the country. The flooding situation suspended the operations of Trains and other vehicles as all the ground routes were not safe to travel. So, PIA saw an increase in the number of passengers traveling through domestic routes.