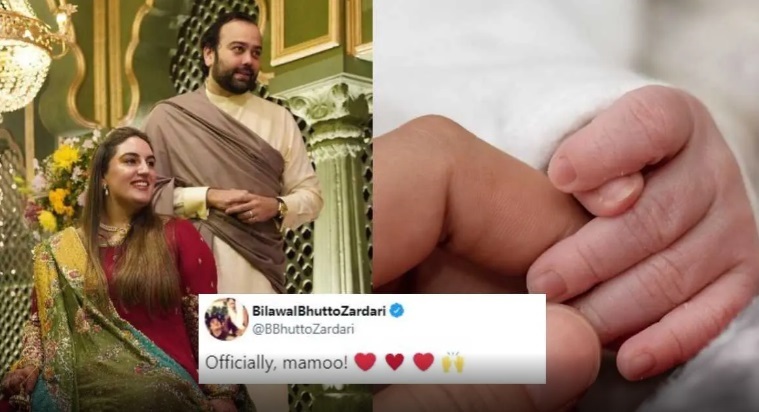 Bakhtawar Bhutto is the daughter of the co-chairman of the Pakistan People’s Party Asif Ali Zardari and the Late Benazir Bhutto. Bakhtawar Bhutto married Mahmood Chaudry who is a UAE-based businessman. The couple is married to each other for almost 2 years. This is the second baby boy they had since their marriage. Their first baby was born in October 2021, and it was also a boy. The name of the first baby is Mir Hakim Chaudry. The couple named their first child Mir Hakim as a tribute to his late grandfather Chaudry Hakim Bhutto.

This is the couple’s second child since their marriage in November 2020. The marriage was one of the highest-covered media events. Many top politicians and media personalities attended their marriage. Moreover, people on social media saw the event in both hormonal ways and negative comments as well. The Family being one of the most influential in the whole country makes headlines now and then. Besides that, Bakhatwar Bhutto tweeted about the news of her second baby in a pleasant way. Her husband is a UAE-based businessman who makes media appearances very rarely. Her husband has no involvement with Pakistani Politics in any way. Whereas, her brother Bilawal Bhutto Zardari and father Asif Ali Zardari are fully into Pakistani Politics.

Recently Asif Ali Zardari is in hospital due to health issues. The news of the newborn baby is however not much celebrated by the Bhutto family as the most influential person is currently in hospital. People on Social media are congratulating the couple on the birth of the baby. Moreover, the family has also wished the newborn the best of luck and a lot of prayers. Bakhatwar Bhutto announced the good news on 6-October through her official Twitter account. We at Viralnom wish the couple all the best and wish that the coming year may bring happiness into their life.

Also See: No More Netflix password sharing to loved ones